The Strange Case of Dr. Jekyll and Miss Osborne 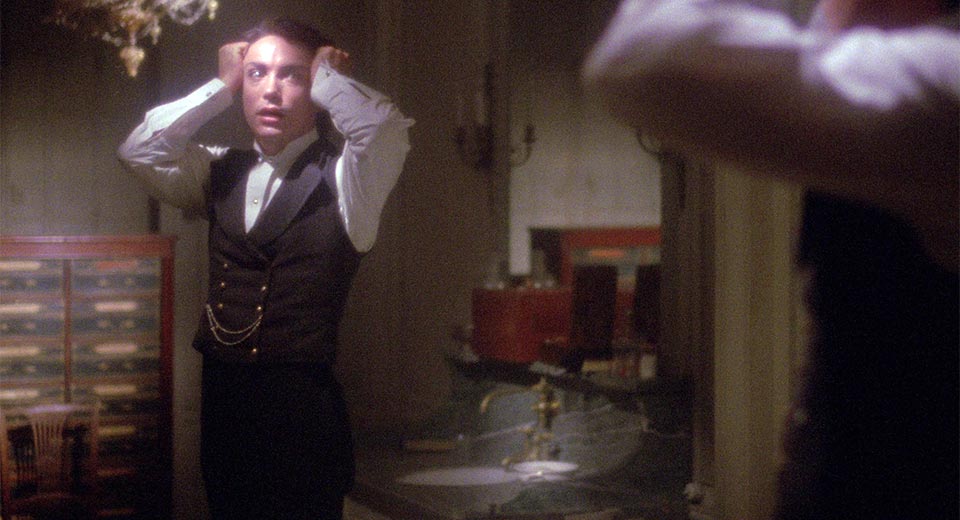 Robert Louis Stevenson famously wrote his novella The Strange Case of Dr. Jekyll and Mr. Hyde while feverish, in the care of his wife Fanny. His biographers say there was a better chance he was actually on cocaine or some type of mushroom. The tale of repressive, “respectable” society fueling the internal struggle between humanity’s outward-facing mask and their interior barbarism has seen over one hundred adaptations on film and on stage. However, Stevenson’s gothic fable meets its match in Polish iconoclast Walerian Borowczyk (La Bête).

Sordid surrealist Borowczyk’s The Strange Case of Dr. Jekyll and Miss Osbourne (1981) is a phantasmagoria of its own, covered in blood and lace. The film encapsulates a single evening’s descent into violent and sexual carnage, as family and guests come together to celebrate the engagement of Dr. Henry Jekyll (the inimitable Udo Kier) to Miss Fanny Osbourne (Marina Pierro, known for Jean Rollin’s La Morte Vivant). As people go missing, only to turn up later violated and murdered, it becomes clear that something animalistic is responsible for such decimation—although it cannot be anticipated that the voracious appetite for immorality would be transferred to the lady of the household.

It is unfortunate that this romantically perturbing film seems to have been forgotten in the canon of repressed-woman-turned-murderous films, for it is a refreshing and surprising one. While Hyde may be the manifestation of man’s cracking under the weight of societal repression, the transformation of Fanny is rather a feminine embracing of the erotic-abject; an orgasmic revelry instead of a loss of control. The savagery is couched in Noël Véry’s mellow cinematography, giving the film the feeling that it is actually a Victorian painting with claw marks ripping through it.