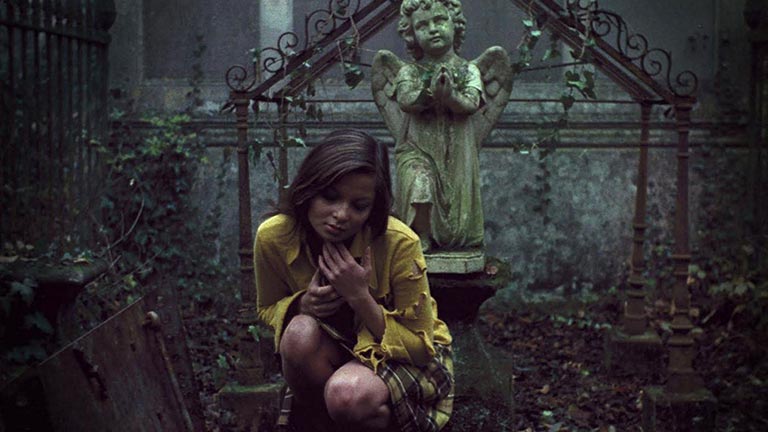 Just in time for Halloween, Quad Cinema brings us Très Outré: The Sinister Visions of Jean Rollin, a career-spanning retrospective of the eroti-gothic maestro of le cinéma fantastique. The phantasmagoric French filmmaker creates worlds where both the living and the dead (or undead) are libidinous, pulp finds itself right at home with the avant-garde, and the macabre is disturbingly seductive. The opportunity to see these films all together on new restorations courtesy of Kino Lorber and Redemption Films is beneficial, as Rollin's morbid yet ethereal sensibilities become more intoxicating the more time one spends immersed in them. Let the casket lower all the way down into the dirt.

Making up a third of the series is Rollin's early vampire films, low-budget yet impressive genre films through which he indulged in his obsession with sapphic female bloodsuckers while experimenting aesthetically. His directorial debut, The Rape of the Vampire (1968) unequivocally serves as a blueprint for the rest of his career, not only due to the aforementioned subject matter, but because Rollin later went on to replicate scenes and characters in subsequent films. The Nude Vampire (1970) is notable for being the the first appearance of Catherine and Marie-Pierre Castel, twin actresses who became frequent collaborators of Rollin's. The Shiver of the Vampires (1971), although more humorous and colorful than the previous two films (this was Rollins' "hippie" film), features what is often cited as one of Rollin's iconic gothic images: a beguiling vampiress emerging from a grandfather clock late at night to seduce a young couple. Finally, Requiem for a Vampire (1971) brings Rollin back home to a pastoral castle setting, where he has Marie-Pierre Castel playfully disturbing the peace in a bright red ensemble, looking like she'll burn right through each backdrop. 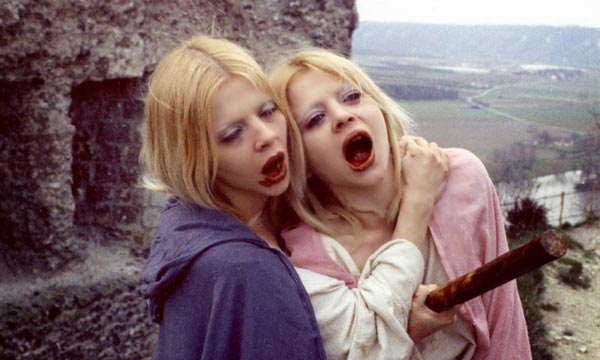 Two other films worth showcasing for their stark departure from Rollin's aesthetic preoccupations are The Grapes of Death (1978) and The Night of the Hunted (1980). While maintaining some odd surreal aspects, both attempt a more Romero-esque investigation into the horrors of modernity: disease ravaging people's bodies via pesticides and an abusive asylum, respectively. The Demoniacs (1974) and The Living Dead Girl (1982) round out the quite comprehensive series.