When You Read This Letter 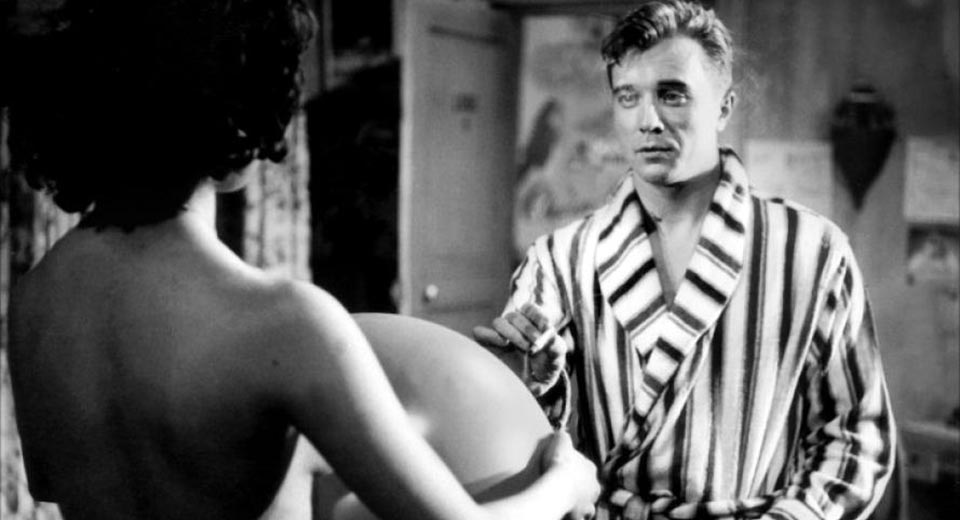 For many years fans of Jean-Pierre Melville have shrugged at his third feature, When You Read This Letter. Lacking both the artistic aspirations of its predecessor, Les Enfants Terribles, and the noir stylings of Melville's subsequent work, the film veers closer to the romantic melodrama category than his other pictures and is seen as a commercial outlier for a director who spent his entire career making distinctive, independent work. (Melville himself admitted in a 1971 interview that he took the directing assignment in order to fund his own studio.) Nevertheless, the filmmaker's fingerprints are recognizable, and it can be reappraised as an overlooked work.

Centering around Therese (Juliette Greco), a nun forced to leave the convent to take care of her younger sister, and Max (Philippe Lemaire), a violent thief who seduces women in order to rob them, the narrative juxtaposes moral extremes in an entertaining and surprising manner. The two lives are interlocked when Max rapes Therese's younger sister, and she, in turn, attempts suicide out of shame. Hoping to save her sister's honor and life, Therese surprises Max at gunpoint and blackmails him, forcing him to propose to her sister. Impressed by Therese's gumption and cunning, Max falls in love for the first time in his life. This forces Therese into newfound territory as well, as she is forced to question not only her religious faith but her devotion to her sister, as she becomes sexually attracted to Max.

While it is easy to spot a few of Melville's favorite elements—crime's ugly and nonsensical underbelly, a stylish anti-hero, and so on—it is really the unexpected role reversal of Therese and Max that drives the film. One of the most memorable and beautiful scenes occurs during a fierce confrontation on the beach at night, when we see up close how very little it takes for someone to become "good" or "bad." So while the film may lack the director's signature flair, through its exploration of existential crises, as well as its firm grasp on the dark themes of ordinary life, When You Read This Letter remains to this day an overlooked, but significantly Melvillian affair.