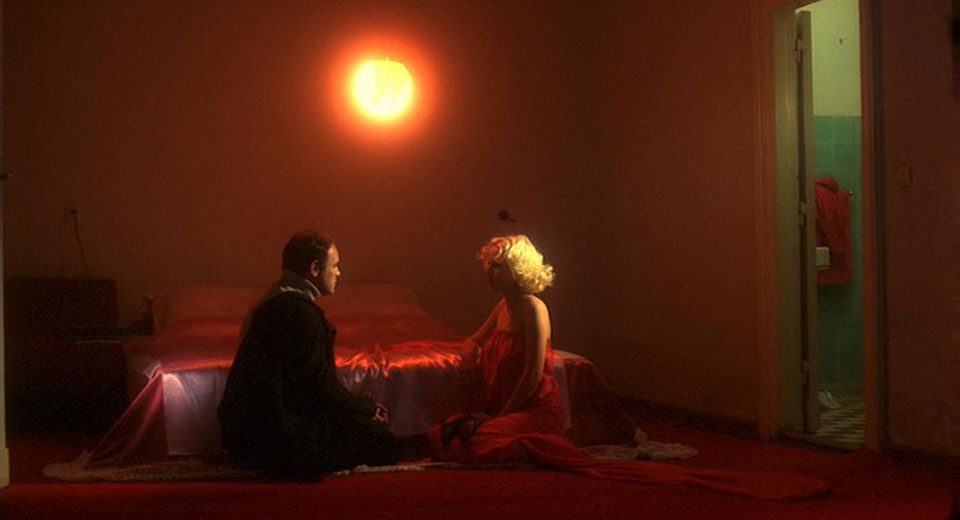 There is no great war to fend off the Martian colonists in Piotr Szulkin’s reconfiguration of H.G. Wells’s immortal invasion saga, The War of the Worlds. Instead, state authorities immediately collaborate with their new “friends” toward mutually beneficial population control. Their weapon is not the marauding tripods of Wells’ novel, but TV news and hamburgers, the twentieth century’s bread and circuses. In The War of the Worlds: Next Century (1983), Szulkin presents a scathing indictment of both television as an inherently political organ and the inherently weak humans who feed the beast’s ceaseless appetite. In this post-invasion hellscape, every incident is rehearsed and framed for a glut of broadcast cameras before careful editing yields the official version of events. All social and legal infrastructure, from popular protests to criminal trials, becomes carefully packaged televisual spectacle. Think of a dour, though no less hilarious, Idiocracy, or better yet, consider this the film that correctly predicted the popularity of Live PD, Judge Judy, To Catch A Predator, and cable news. Szulkin’s dispiritingly ugly vision of authoritarian ideology resembles the contemporary American infotainment landscape.

With a googly-eyed smile and irritating energy, middle-aged TV-host Iron Idem delivers the nightly “independent news” wearing his trademark blonde moptop wig. After the bloodless invasion, Idem is issued new scripts of pre-approved news, which he’s compelled to read after his wife is kidnapped by the regime. Thanks to Idem’s reputation as a figure of integrity, authorities successfully urge citizens to welcome the diminutive, silver-faced aliens in puffy jackets and offer human blood as a token of friendship. Idem gradually mounts a one-man resistance, but the state’s omnipotence in shaping media messages proves impregnable.

One character condemns television as a “box of shit in living color” but Idem responds that human weakness precedes its amplification on the screen. Such distinctions are counterbalanced by Szulkin’s often comically unsubtle satire, as evidenced by the television station’s slogan “Reality: We Create It.” He begs us to consider what sort of reality is created by television, a question we’re still uncomfortable asking even as media influence over our lives grows by the second. Since The War of the Worlds: Next Century was released, we’ve seen the “democratizing” forces of the internet and social media overrun by corporate interests and authoritarian powers, indicating that we’ve learned very little since 1983.