She Must Be Seeing Things 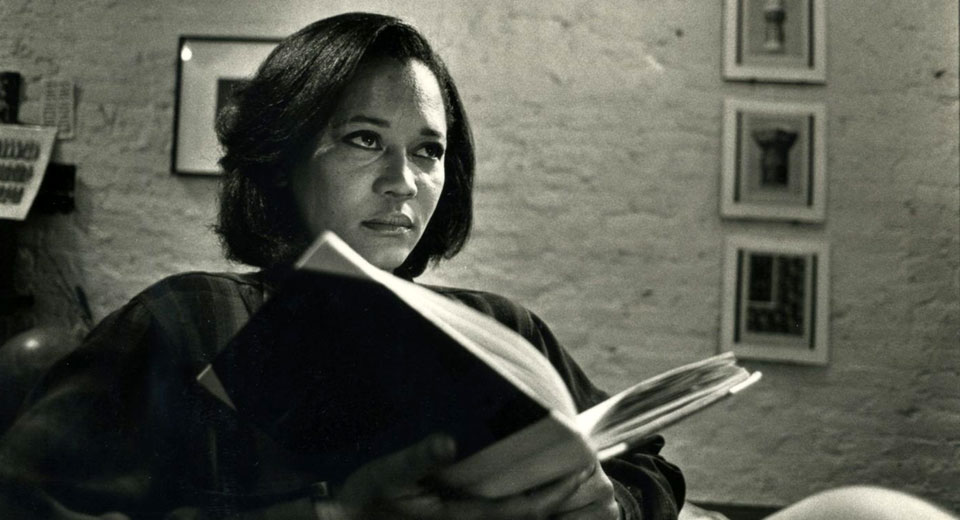 Sheila McLaughlin’s 1987 underground psycho-thriller She Must Be Seeing Things is a perfect synecdoche of downtown Manhattan in the 1980s; street art blooms on every brick wall and vacant lot, lofts are cheap and plentiful, and the Meatpacking District still lives up to its name. Woven into this rarefied milieu that includes pixie-haired film producers, shvitzing kibitzers, and late night jazz combos is an infinitely relatable, highly stylized story of new love and new neuroses.

While housesitting for her filmmaker girlfriend, Jo (Lois Weaver), human rights lawyer Agatha (Sheila Dabney) decides to do a little tidying up. Rifling through her book collection, she unearths an errant Polaroid hidden between the pages. From here the story unfolds like dimestore Du Maurier, and to remarkable effect: Agatha hungrily devours page after page of Jo’s sordid past, revealing a troubling secret. It appears that Jo, who more than resembles a thinking woman’s Marilyn Monroe, has a decidedly heterosexual history. Bedeviled by paranoia, Catholic guilt, and sexual jealousy, Agatha begins to see evidence of Jo’s infidelity everywhere she looks.

Each woman is wrestling with the limits of her own imagination: Agatha as an envious self-saboteur, Jo as a flaky, scatterbrained filmmaker struggling to wrap her next film. Seeing Things deserves its rightful place among the finer erotic thrillers of this era. It does more than tick every box—the noir lighting, the cat-and-mouse chase between snoop and femme fatale. When the two are together, even fleetingly, their sexual chemistry is apparent, but under each seductive gesture is a real tenderness. Even John Zorn’s jazzy score, recalling 1950s Bebop and detective shows, soars above the tired tropes of midnight saxophones over rain-slicked cobblestones.

She Must Be Seeing Things screens 7:00 pm at the Quad with McLaughlin in attendance as part of the Coming Out Again series co-presented by NewFest.