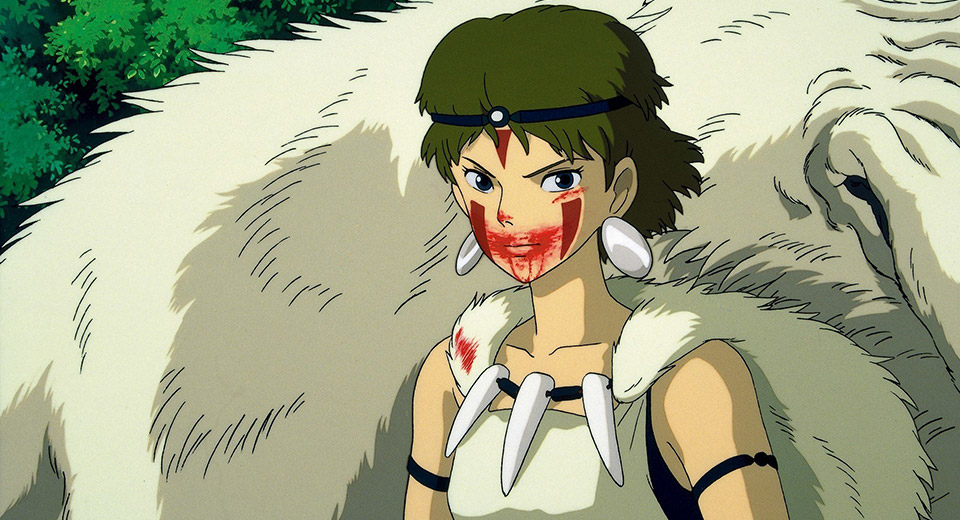 Hayao Miyazaki's misanthropic fairy tale Princess Mononoke (1997) marked his maturation as a storyteller and his strongest bid yet for overseas marketability (Studio Ghibli had just struck a US distribution deal with Disney). Its theme of a war between nature and rapacious homo sapiens may have seemed very Japanese (nuclear catastrophe had loomed large in the country's cultural imaginary since 1945, from 1954's Godzilla to 1988's Akira, and the Kobe earthquake of 1995 had recently killed 6,000 and left 300,000 homeless), but its relevance to the rest of the globe has only become more undeniable.

Mononoke's structure is that of a folktale, so let's apply some of Vladimir Propp's categories from his Morphology of the Folktale (1928). First, the "temporal-spatial determination" is a medieval Japanese village. (Mononoke was Miyazaki's first jidaigeki, or historical drama, and was based on the Hōjōki, a 13th-century courtier's account of the wars and famines ripping through feudal Japan.) The "future hero" is Ashitaka, a young, virtuous man who saves the village from a possessed boar, despite the warnings of the village watchman. This "violation of an interdiction" results in Ashitaka's "marking" with a cursed arm and leads to his "goal as an action," namely to seek out the people whose iron bullet (found lodged in the boar) had caused the boar's vengeful fury against humans. Then "various characters place themselves at the disposal of the hero," such as the money-lending itinerant clergyman Jigo. But soon the correspondences with Propp's system break down, as "the villain" is notoriously hard to pinpoint in this morally complex film. Candidates include Lady Eboshi, arms manufacturer and matriarch of a city-state-like ironworks (like the air plane garage run by young women in Miyazaki's Porco Rosso, the ironworks is a feminist utopia where the women run the entire industry and "the men know their place"); Okkoto, the ancient boar leader who becomes possessed and nearly consumes Princess Mononoke; and Mononoke herself, who, in her own way, is possessed—by her obsessive hatred of humans. But Ashitaka is no angel either. His obsession with Mononoke acquires a sinister hue when he refuses to respect her decision to stay with the wolves and keeps insisting that she will always be what she was born as. (There's an allegory of trans identity in there somewhere.)

Mononoke's last line could've been spoken by another hero of our time, Greta Thunberg: "I love you, but I'll never forgive the human race."