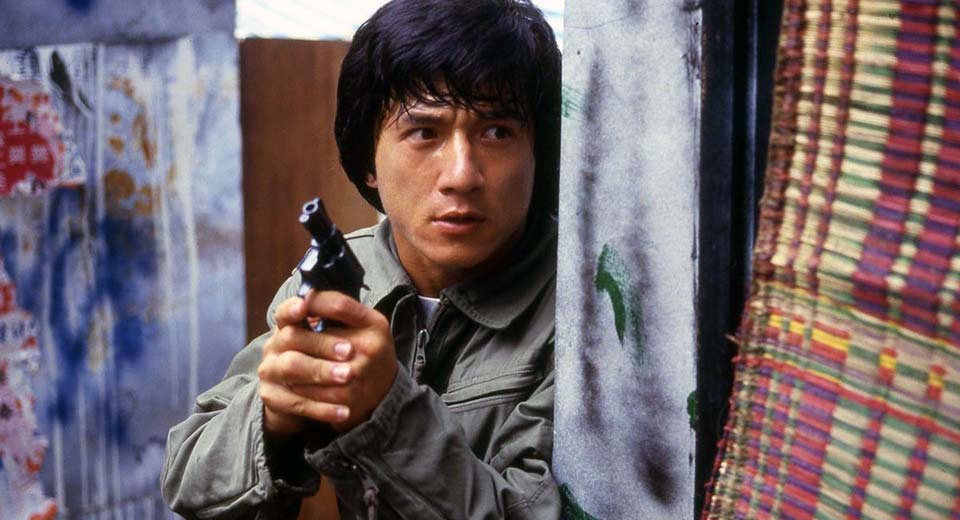 For a lot of us, Jackie Chan entered our lives hanging from a bus window with an umbrella and never left. In Police Story (1985), director/star Chan plays cop Chan Ka-Kui, who arrests a crime lord but finds himself defending false charges of a murder. As a glorious example of classic Hong Kong cinema, Chan’s film is replete with highly stylised action sequences featuring broken glass doors, massacred cars, and mighty punches.

In this simple tale of a good cop who has to bend a few rules in order to pin the villain, Chan’s body bends, folds and twists like a Chinese opera performer while he fights the baddies with perfect timing and rhythm. This is a rhythm that relies heavily on the distinct way Hong Kong edits its action films. American action films, in their bid to dull the depiction of pain, have editors cutting a shot every time there is a hit and the camera moves to the next hit. Hong Kong cinema, on the other hand, relishes its fights; the camera stays on long enough to see the cause, action and reaction in the same shot without any snips. There is not much stress on continuity, but the end product is a perfect action film where you see and almost feel the pain.

With Chan’s signature style that seamlessly marries action and comedy, we see Ka-Kui start out as a bumbling, if unexpectedly effective police officer who climbs his way up to being a hero. With the recent 4K restoration, one is able to relive the 1985 classic but with brighter reds and sharper punches, while laughing just the same old way when Chan tries eating his noodles with pencils and ends up choking on the eraser tips.