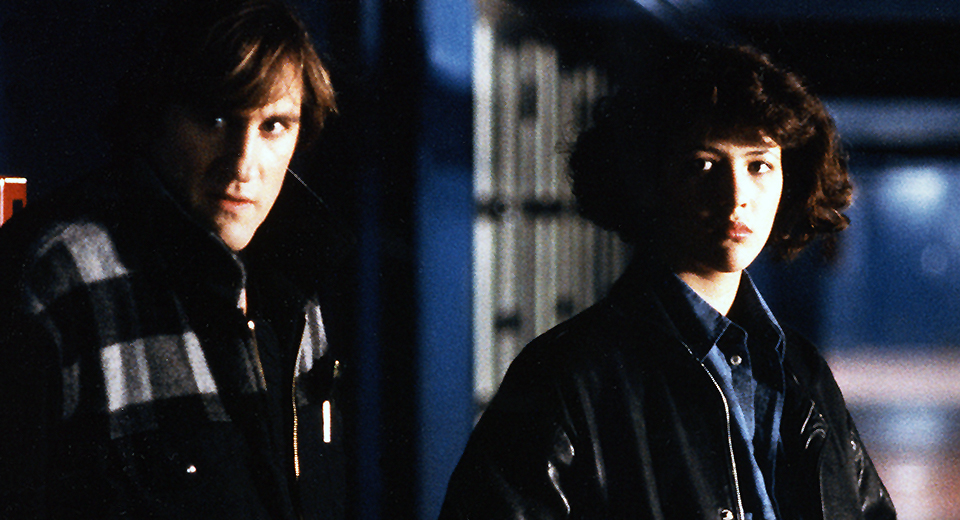 Maurice Pialat's Police (1985) would be inverted three decades later by Abel Ferrara in Welcome to New York (2014). Ferrara cast Gerard Depardieu, who had played the fat and rapey detective Louis Mangin in Pialat's film, as the equally fat and rapey (but older) international banker Dominique Strauss-Kahn and put him through the wringer of the Riker's Island booking process for our vengeful viewing pleasure. We watch him pant and grunt as he strips naked in front of two impassive corrections officers, which elicits both satisfaction (because DSK is a rich accused sex offender) and sympathy (because the New York City Department of Correction is an impersonal system that humiliates all of its victims equally). In Police, Depardieu is on the other side of the desk, insulting his prisoners and yelling at them to strip faster. While our hatred of Depardieu as DSK was a reaction to his arrogant sense of impunity as a rich man, here it's a response to his actual impunity as a representative of the law.

Mangin has a Manichean concept of the world: there are those who protect the law, and those who break it. Regarding some Tunisian suspects, he says, "I'm the opposite of them." Since he's a racist, he also means that he's civilized while they're barbarians. His Western ideological blinders make him oblivious to the irony of accusing Arabs of mistreating women while abusing his own position to force himself upon a female suspect-turned-informer (Sophie Marceau). His narcissism ("I have never loved anyone") is accompanied by a naive assurance of his fundamental innocence ("I have never shot at anyone"), which in turn is based on his unquestioning faith in the law. He's got a badge; thus, regardless of any real similarities between him and the criminals he rounds up and assaults, he will always be blameless. Ultimately, Mangin is an extremely simple character, almost a fabular one. When his misogyny—manifested by his habit of groping suspects and his crass innuendo to female coworkers—is given an explicit psychoanalytic explanation ("My mother neglected me, so I'm getting even with women"), it's as if Pialat had given up on subtext altogether.

Police makes it clear that Pialat is not fond of cops. They regularly torture suspects, spout racist truisms ("West Indians are the fastest at turning girls into hookers"), and plant drugs on minorities. But, as David Thomson points out, Pialat is a latter-day humanist in the tradition of Ozu and Renoir—to a fault. Depardieu might be a bigoted rapist, but he's also got his wistful moments of staring past his sweetheart's face and quoting collaborationist writer Jacques Chardonne. Cops have souls too—fascist souls, maybe, but souls regardless.