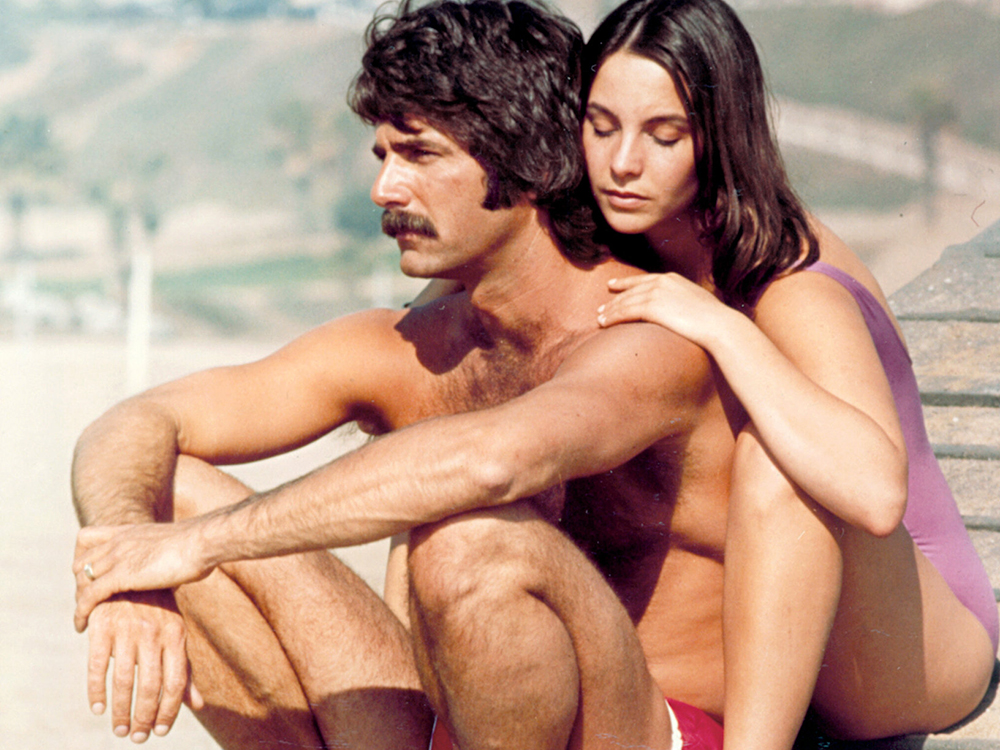 Spanning decades, Sam Elliott’s career has often found him in supporting roles, be it Swayze’s ass-kicking mentor in Road House (1989), the narrating Stranger in The Big Lebowski (1998), or Brad Cooper’s tough-loving older brother in A Star is Born (2018). With his bristling mustache and resonant timbre, his presence is consistently striking. A couple of indie titles from the past decade have put him front-and-center (The Hero, 2017, and The Man Who Killed Hitler and Then the Bigfoot, 2018), but the first time he had top billing was in 1976.

In Lifeguard he stars as Rick, still patrolling the beach well into his 30s. People around him are not as happy with his lifestyle — his father admonishes him for not “growing up” and his former classmate tries to recruit him as a Porsche salesman — but Rick’s got his own observations about what conventional work routines do to people. At his high school reunion, he’s in by far the best shape, everyone else noticeably puffier than in their yearbook photos. As they load up at the buffet he makes do with carrots and celery. Why should he want to change? He drives a sports car, has women chasing him, and gets to take in the beach day after day. He also happens to be good at his job, saving lives and de-escalating confrontations with impressive froideur.

Expect some problematic sexual dynamics: teen boys free women of their bikini tops in the water and elicit little more than a “boys will be boys;” when Rick sets his sights on Wendy, a lonely seventeen-year-old who has just moved to Los Angeles, the law barely suffices to hold him back. It’s a warts-and-all portrayal of badly-behaved men as they once were (and still are), and contemporary audiences will feel the now-familiar dissonance of a movie that hasn’t aged well.

Lifeguard was promoted as a sort of summer lark — the poster displays a bare-chested, Speedo-clad Elliott flanked by two busty women, with the tagline “Every girl’s summer dream” — making the film’s pensive tone rather unexpected. Elliott expressed his displeasure at the incongruity of the ad campaign while doing press ahead its release, which, since studios famously don’t appreciate their stars speaking out of turn, may help explain his near-absence from the big screen for the next decade. With all its unflattering patina, Lifeguard earns its place in the summer movie pantheon with Sam Elliott’s eminently ogleable physique and its balming opt-out-of-the-grind ethos.

Lifegoard is streaming on Showtime or available to rent