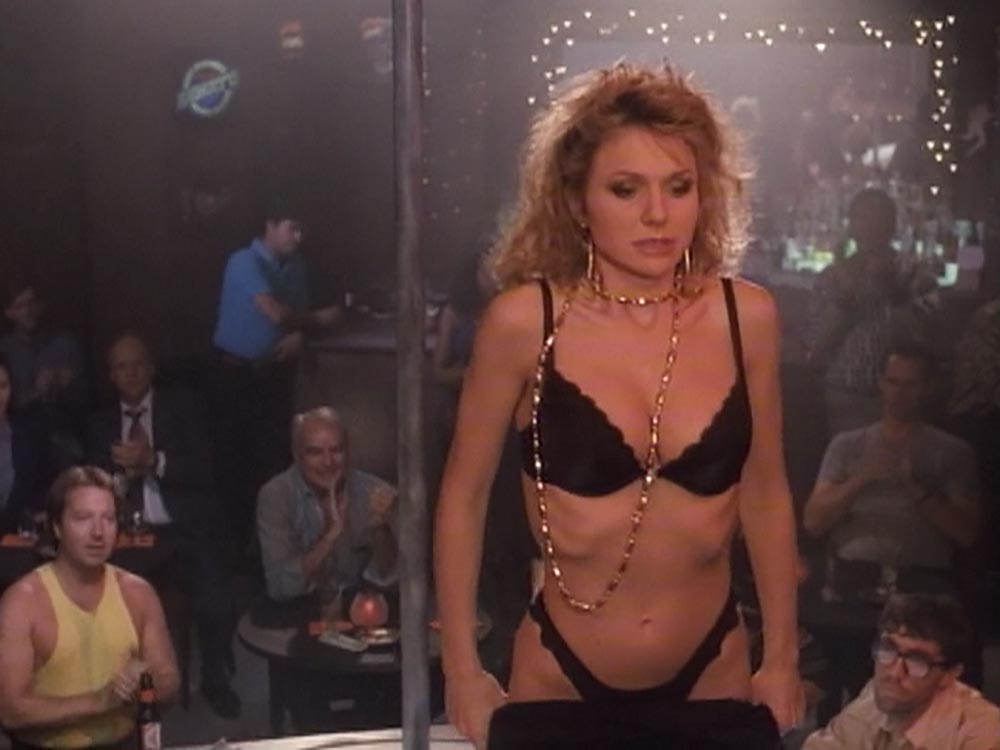 With its poster image of a woman embracing the barrel of an oversized gun, Dance with Death (1992) is a lark of an exploitation tantalizer, the kind of thing you throw on late at night when only something trashy with a 90-minute runtime will do (and then find yourself more impressed by than you expected to be). Effectively a remake of Katt Shea’s Stripped to Kill (1987) — with Shea getting a story credit — it is unexpectedly sympathetic to the dancers, who also get the best lines (“If you can’t handle the thorns, get outta the bush”). It’s salacious without being icky, with a brunette Lisa Kudrow in a minor role and a closing credits theme song sung by the movie’s own director Charles Philip Moore.

Journalist Kelly Crosby (Barbara Alyn Woods) is angling to break out of the society section of her newspaper, and sees an opportunity when a couple of strippers are murdered. She goes undercover as “Dominique” at the club Bottoms Up, where, although she lacks the moves, she naturally has the bod to work the crowd. The other strippers are cautious but welcoming, trading repartee with the sleazy bar owner (played by a ponytailed Martin Mull). Several creepers in the crowd stand out as potential suspects, one of whom turns out to be a cop (Maxwell Caulfield). Poor Kelly winds up striking up a romance with him, and soon the two are jointly trying to crack the case.

Dance with Death has the look of a very cheaply made movie, seeking to trade on nudity for an easy straight-to-video buck — which is of course part of the charm, in a very 90s way. All the male characters are thoroughly lacking in redeemable qualities, whether they’re simply creeps salivating over naked bodies or predators threatening the dancers with violence. We see Kelly’s publisher Hopper (Drew Snyder) attending her amateur night try-out at the club, all too eager to see her bare all. There’s a back alley where all manner of distasteful dudes hang around, including a guy selling knives and panties out of his trunk. And though plenty of women are part of the body count, nearly every male character winds up dead by the end.

Twenty years before Dance with Death, Herschell Gordon Lewis had opened the Pandora’s box of strip clubs as a setting for slashers with his X-rated The Gore Gore Girls (1972), in which a male detective’s investigation serves as the narrative focal point. Katt Shea rewrote the rules by making her dancers into actual characters and not simply props to be hacked to pieces. Still, a story of empowerment this is decidedly not.

Dance with Death is on Prime and Shout TV 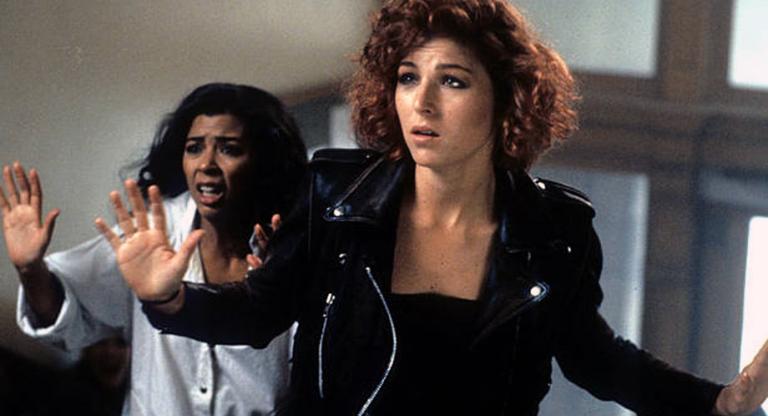