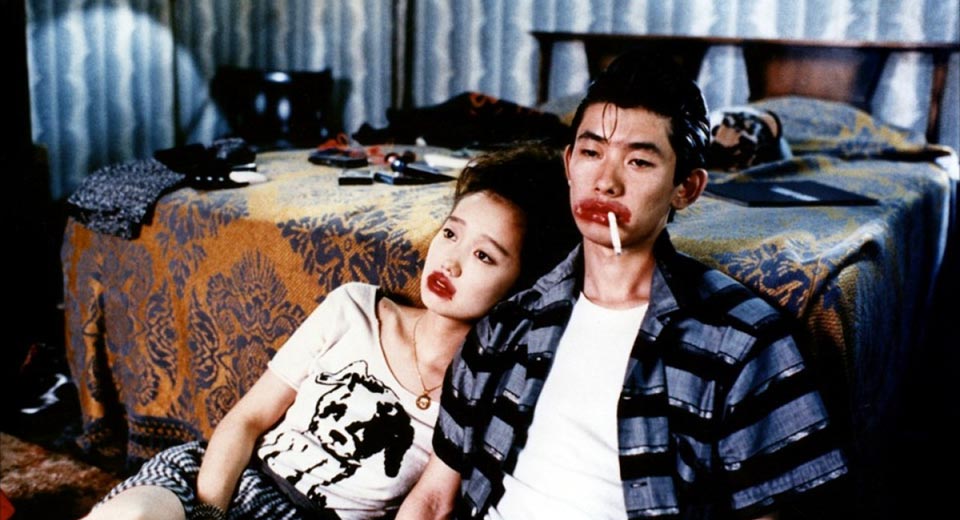 Jim Jarmusch has always been a director interested in cities and the people—or perhaps more aptly, strangers—who inhabit those spaces. Down By Law (1986) depicts a dilapidated New Orleans, Only Lovers Left Alive (2013) a dilapidated Detroit, and Jarmusch's most recent film, Paterson (2016), takes its name from the comparatively picturesque Paterson, New Jersey.

Mystery Train might be the apogee of Jarmusch's interest in the past-its-prime corners of America, capping off a quasi-trilogy that began with Stranger Than Paradise (1984) and Down By Law. Without a doubt one of the greatest films about Memphis ever made, Mystery Train proudly pays its dues to the musical legends and ghosts that call the birthplace of rock 'n' roll home. Japanese tourists introduce the city in the film's first vignette, having traveled from Yokohama to see Sun Studios and Graceland in their pursuit of the King. The second section, "A Ghost," finds another stranger to Memphis (Nicoletta Braschi) fleeing an ominous man in a diner only to end up splitting the cost of a hotel room with a down-on-her-luck chatterbox. The third section, "Lost in Space," is by far the best display of Jarmusch's dry sense of humor, a comedy of errors featuring Joe Strummer (yes, of The Clash), Steve Buscemi, and Rick Aviles. While the vignettes are ostensibly separate narratives, the Hotel Arcade (run by a desk clerk played by Screamin' Jay Hawkins), a passing train, Tom Waits' voice, Elvis' eerie ballad "Blue Moon," and a gunshot link them all.

Cine-tourists who visit the corner of South Main Street and G.E. Patterson Boulevard today will find it as unrecognizable from its seedy starring roll in Jarmusch's film. Even the Hotel Arcade has long since been torn down, its location indicated only by a plaque memorializing Mystery Train as the birth of the "modern wave of Memphis moviemaking." But while Memphis might be a little less dilapidated than it used to be, the film remains a beautiful tribute—if not to one of the less-than-glamorous American cities, then to the puzzling and serendipitous ways we all fit together within them.

Note: Our New York Film Festival coverage has been updated with capsules for Aquarius and The Death of Louis XIV.