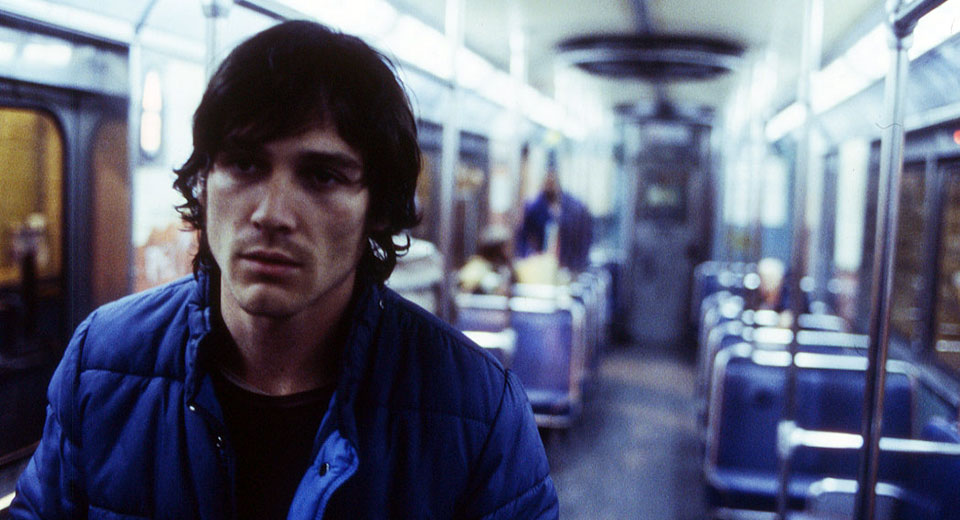 “What a pair of lungs ! She shrieked as I imagined an eagle would shriek. It felt wonderful to be alive to hear it! I've gone looking for that feeling everywhere.”

Those words belong to Denis Johnson, but two minutes into Alison Maclean’s adaptation of Jesus’ Son, they become hers. The shrieking woman has lost a child and her husband in a highway collision. As he utters those four perfect sentences, our narrator, Fuckhead, stands in the hallway outside of the doctor’s office as she processes the news. On Johnson’s page, the exclamation points have a Whitmanian exultation. Billy Crudup’s delivery balances awe and disquiet.

The discrepancy in punctuation is emblematic of the relationship between the source material and Maclean’s adaptation. Both Maclean and Johnson’s Fuckheads drift through the midwest, mumbling big questions, shooting dope and pursuing Michelle, his manic junkie dreamgirl. Without forsaking the trauma of Johnson’s novel, Maclean burnishes the material’s viciousness, injecting a quizzical tone and emphasizing the purity of bewilderment. Crudup and Maclean render Fuckhead as a soft spirit bouncing through a parade of hard-living misfits in Nixon’s America. Johnson’s Fuckhead sits more comfortably among criminals and fiends, capable of hopping onto their moral frequencies. With Crudup’s gentle, airless voice he’s hopelessly innocent, a simple squatter in life and crime.

Book and film are fraternal twin masterpieces. Maclean’s vibrant colors redeem the era’s gaudy palette and create a visual corollary to the fugitive infinitude shared by love and hard drugs. Her taming of the source material results in a profoundly gracious film untarnished by fear of its own darkness.The fiddler comes for his due. Not every shriek sounds like an eagle. Yet enough do to keep restless spirits intrigued.