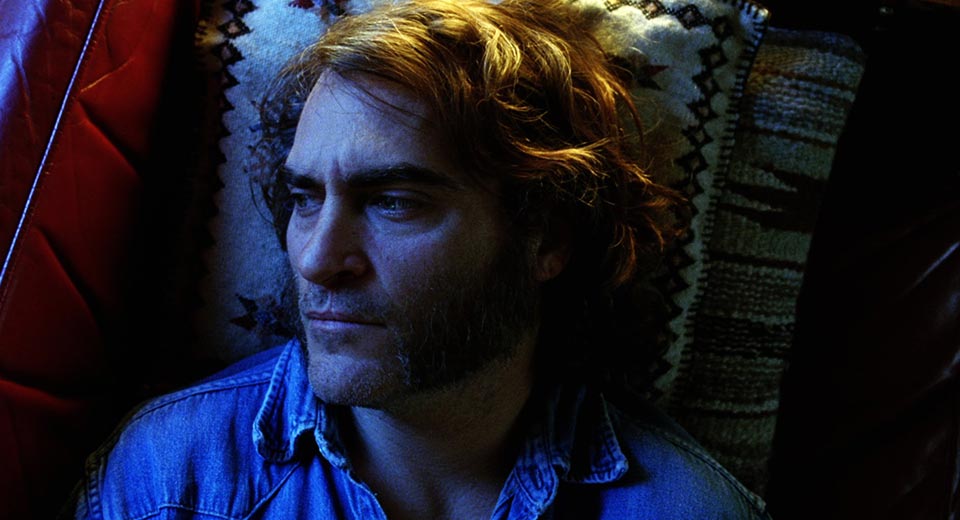 The Museum of the Moving Image wants you to see P.T. Anderson's Inherent Vice in 70mm. But unlike other films in their large format series (like Khartoum and The Hateful Eight, action epics shot in Ultra Panavision 70), Vice is a dialogue-heavy literary adaptation (the first ever of a Pynchon novel) with a 1.85:1 aspect ratio and few majestic vistas. Like classic postwar noirs, it relies on mile-a-minute dialogue with precision-engineered wit (despite its inarticulate protagonist), not on crane shots of armed hordes galloping across deserts. But see it big anyway, because it beats watching it on a laptop in your bedroom.

The source novel is said to represent Pynchon's plotting at its tightest, but that doesn't mean the story isn't byzantine. Good luck keeping track of what connects the tax shelter dentists' syndicate Golden Fang, the militant prison group the Black Guerrilla Family, the conservative PAC Vigilant California, and the blacklisted-actor-turned-anti-Communist-propagandist Burke Stodger. When LA real estate powerhouse Mickey Wolfmann disappears, part-time doctor-sleuth Doc Sportello (Joaquin Phoenix) is approached by his enigmatic ex-girlfriend Shasta Hepworth (Katherine Waterston) and teams up with LAPD's "renaissance detective" Lt. Bjornsen (Josh Brolin) to find out who's really pulling the strings: The FBI? The Indochinese dope-smuggling ring? The "ancient forces of greed and fear" that infiltrate and dominate "every concert, peace rally, love-in, be-in, and freak-in"? Set in 1970, when the Manson Family's recent shenanigans had resulted in increased anti-hippy sentiment and anti-cult legislation, Inherent Vice infects us with a conspiracy-seeking logic that finds arcane patterns in chaotic events and ascribes agency only to clandestine global organizations.

Anderson wanted Inherent Vice to be "real and authentic" but not to "feel like a pastiche" (for example, the soundtrack isn't pure seventies but oscillates between dated and anachronistic, from Sam Cooke's 1960 hit "Wonderful World" to Neal Young's "Harvest," which hadn't even been recorded when the movie is set). It has been compared to Altman's 1970s-set non-period-piece The Long Goodbye largely for its sun-drenched California setting, but another parallel is Billy Wilder's Double Indemnity, also set in LA and with a title taken from insurance law (an "inherent vice" is an insured object's tendency to degrade or destroy itself over time). And for all its layers of irony, it's also less cynical than Altman's post-noir, its moral redemption delivered by the missing land developer (who actually staged his own disappearance and is hiding out and repenting): "I spent my whole life making people pay for shelter, when I didn't realize it was supposed to be for free." If all landlords arrived at this realization, the world would be saved.