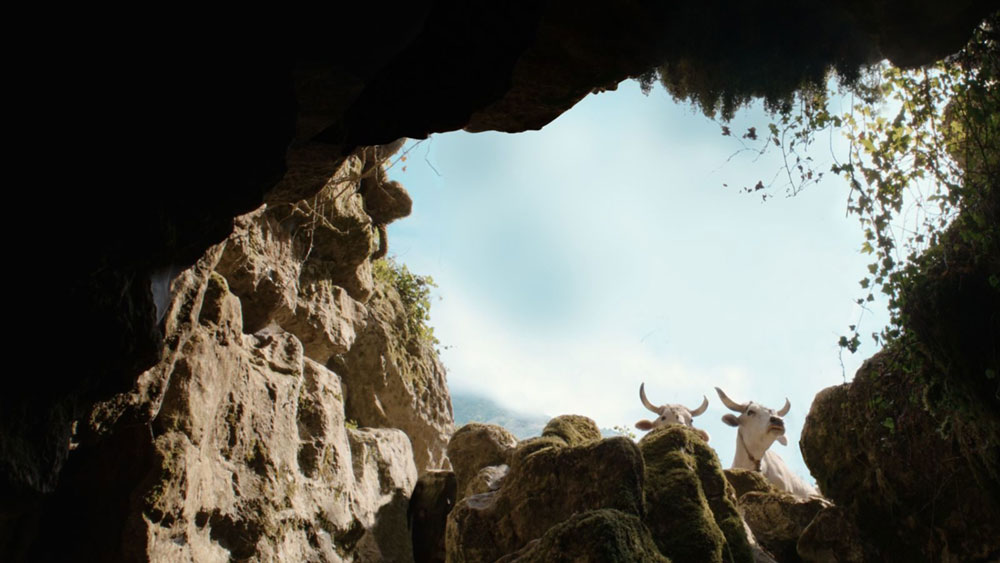 In 1961, a group of speleologists traveled to the Calabrian countryside of southern Italy to explore what would end up being the third deepest cave in the world at the time, the Bifurto Abyss, measuring close to half a mile in depth from the surface. Inspired by his initial encounter with the caves—found in the same region where he shot his last feature Le Quattro Volte (NYFF 2010)—director Michelangelo Frammartino imagines the original subterranean journey with Il Buco (translated as The Hole), a contemplative and visually resplendent film that feels something like an exceedingly artful documentary recreation.

Those who have seen Le Quattro Volte will be prepared to meet Frammartino on his terms here, which requires some patience. He avoids narrative and dialogue, utilizes long takes, and moves at a methodically leisurely pace that could be considered “boring” (I noticed more than one nodding head during the press screening I attended). But the magic of Frammartino’s films occurs when you can adjust to his rhythm and his gaze, embodied by the grazing cattle that appear throughout the film and the weathered herder who watches over them. Nearly every shot is a marvel, more often than not evoking awe in the beauty of its composition, the complexity of its staging, or the sheer impressiveness of the seemingly impossible scene it manages to capture. Several times throughout the film’s 93-minute runtime, I found myself taken aback in thinking of the effort it must have required to set some shots up so far below the earth’s surface, covered in darkness.

There is a metaphor there, involving the speleologist crew standing in for a film crew, or the discovery mission as the shedding of light onto the darkness of a screen, but these—like other suggested symbolism in the film about life, death, time, and cinema—can feel tawdry or unnecessary in contrast to the sheer splendor of the images and sounds of the film in themselves. (Perhaps the weakest parts of the film are when there seems to be an overreach to imbue significance or meaning when they aren’t needed.) While some would insist this is true of every film, Il Buco really does require the big screen experience: it is meant to be seen as part of a group sitting in the dark in silence, uncovering discoveries together. And since the film as of yet has not found a US distributor, this may be the only chance to see it this way for a long while.