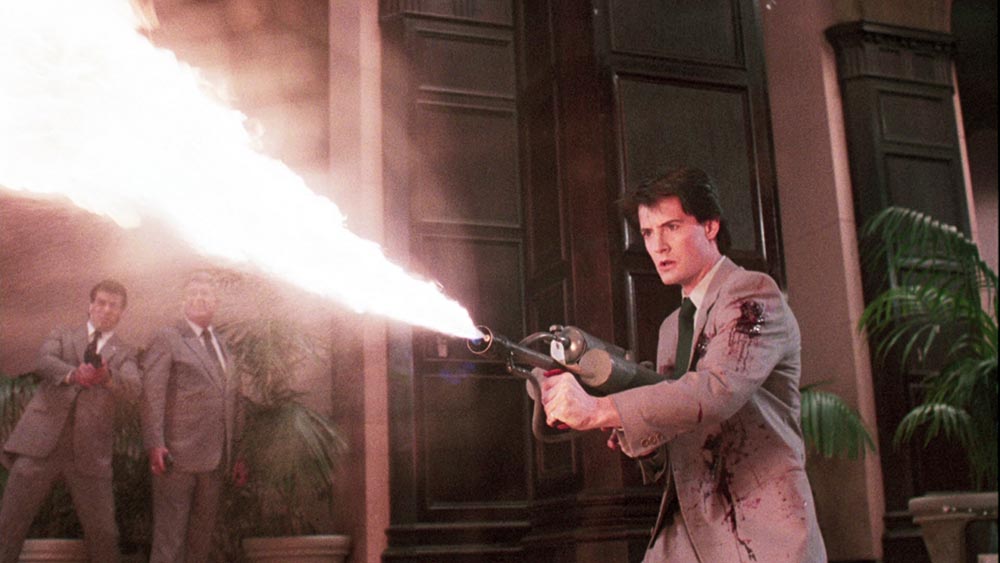 Three years before stepping into the now iconic shoes of FBI agent Dale Cooper, Kyle MacLachlan played FBI agent Lloyd Gallagher in a similar fish-out-of-water manner, bringing him to the streets of sunny Los Angeles to solve a string of violent crime. As in Twin Peaks, MacLachlan’s character is paired with a local law-enforcement official, Detective Sergeant Tom Beck (Michael Nouri of Flashdance, 1983), who offers a straight-man polarity to Gallagher’s unorthodox and secretive methods. And that’s before the extraterrestrial elements come in.

The Hidden (1987) was genre filmmaker Jack Sholder’s third feature, following fan favorite Alone In the Dark (1982) and the confounding, though later reappraised, sequel Nightmare on Elm St. 2: Freddy’s Revenge (1985). As with both of those films, Sholder shows a flair for the unconventional (not unlike MacLachlan’s character on screen), effortlessly mixing images of body horror, kinetic chase sequences, and assured police-procedural conventions, all with a streak of unsubtle humor. In lesser hands, it’s the type of thing that would be susceptible to an identity crisis, attempting to do too much at once without a clear audience in mind. Yet, thanks to Sholder and writer Jim Kouf (who would go on to write another well-received buddy movie with Stakeout, 1987), The Hidden consistently avoids disarray even when trading in chaos.

On paper, The Hidden sounds like the latest rehash of Invasion of the Body Snatchers (1978), wherein an alien entity comes to Earth and takes control of a human being, but the novelty of Kouf’s script is how it leans into the crime elements not previously explored in any screen adaptations of Jack Finney’s source material (uncredited, in this instance). Later, Barry Sonnenfeld’s Men in Black (1997), via Vincent D’Onofrio’s alien-inhabited villain, explored similar territory, but Sholder and Kouf took the Body Snatchers blueprint and endowed it with big guns, car chases, boom boxes, and strip clubs, offering a distinctly Los Angeles crime saga with a mass murderer who just happens to be a visitor from another planet.

It would later be joined by the likes of Alien Nation (1988), Dark Angel (1990), the aforementioned Men In Black (1997), and District 9 (2009), but The Hidden may have originated the form of the buddy-cop sci-fi film. Thanks to MacLachlan and Nouri, who comfortably slot into the yin and yang dynamic required, this amalgam works better than it should, giving the sense of a Lethal Weapon (1987) with aliens. Opening the day before Halloween, and contending for screen space with Hellraiser and John Carpenter’s Prince of Darkness, The Hidden was only a modest success theatrically, but it would become enough of a cult favorite on home video to spawn a comparatively weak sequel, The Hidden II (1993). Kouf, Sholder, and the lead actors do not return, but one lead character is named MacLachlan as an unsubtle nod to its precursor.

The Hidden screens on 35mm tonight at Nitehawk Prospect Park and also streams in the Criterion Channel’s ‘80s Horror series. For more discussion of The Hidden, listen to our podcast with ‘80s Horror curator Clyde Folley. 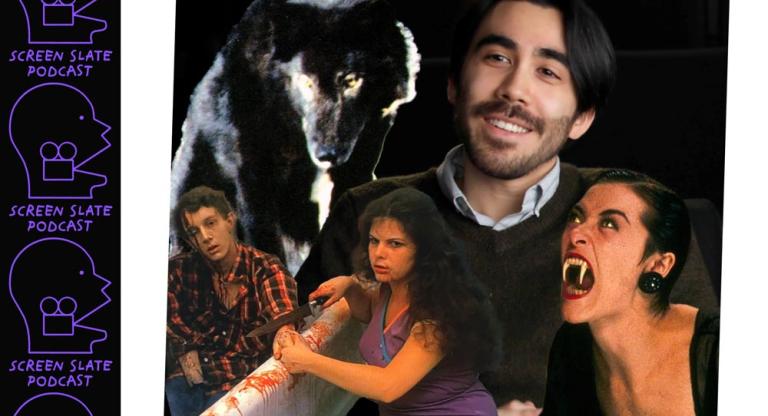 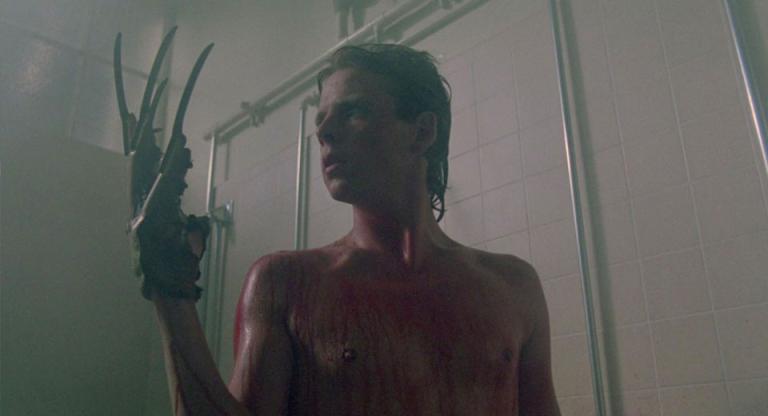 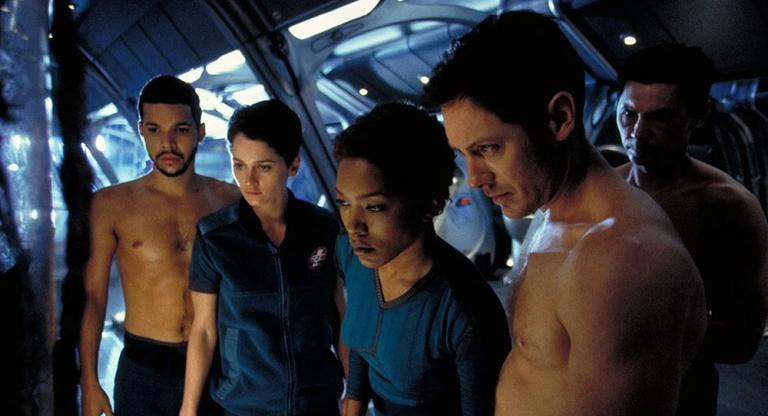