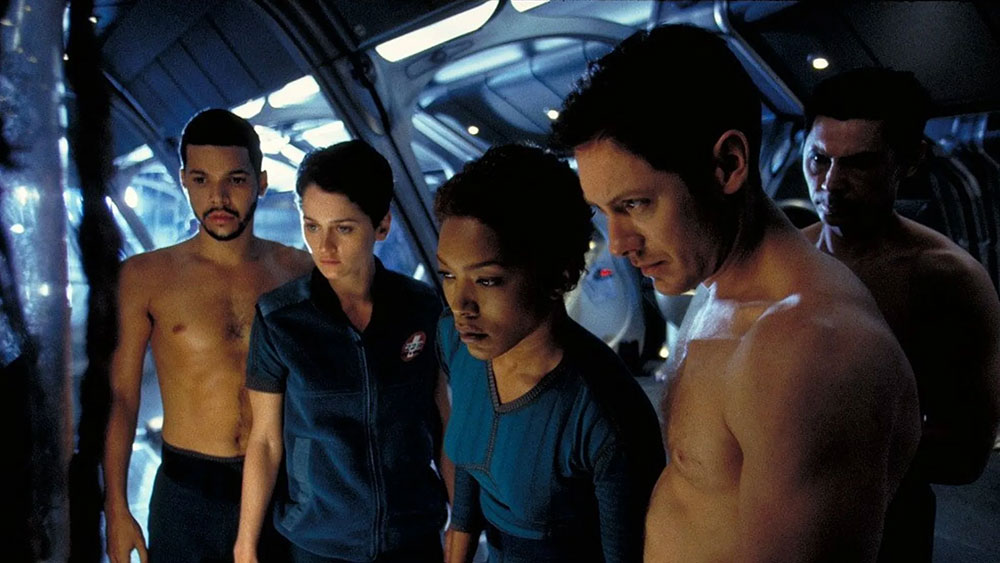 It’s nearly impossible to separate Supernova (2000) from either its inexplicably poppy marketing campaign or the disastrous, now legendary, conditions in which it was created. A long-gestating project that began with a treatment by Scared to Death (1980) writer/director William Malone and concept art from none other than H. R. Giger, Supernova spent over a decade in various stages of development at the studio level, only to be dumped upon audiences at the turn of the millenium, trimmed of its many excesses to lure in impressionable teens that grooved along in their multiplex seats to the rapidly edited trailer set to “Fly” by Sugar Ray.

From the opening moments of Supernova, it is clear that something isn’t quite right. There’s an obvious nod to John Carpenter’s The Thing (1982), in which a crewmember battles the ship’s computer at a game of chess; Robert Forster has a longer-than-necessary explanation of the violence inherent in Tom & Jerry cartoons; and a slow, dimly lit interstellar sex scene takes place with all the chemistry of late-night-cable softcore programming. It’s erratic and confounding, like much of the rest of the film.

By now, Supernova is likely more well known for who was involved with it in its various stages of development than for the finished product. The first filmmaker attached was Romper Stomper (1992) director Geoffrey Wright, who left the film over creative differences and was replaced by Jack Sholder (The Hidden, 1987), who in turn developed a contentious relationship with the top brass at MGM. In 1998, a decade after the film was initially pitched by William Malone, Walter Hill was attached to direct and the film went into production.

His proposed rewrites discarded by the studio, Hill would direct the bulk of Supernova on a severely compromised budget. After poor test screenings—with incomplete special effects, of which there are many—Hill quit. Jack Sholder got his wish and returned to Supernova for reshoots, changing a handful of scenes to inject humor into Hill’s more serious vision. Sholder’s version tested better than Hill’s cut with audiences, but MGM still wasn’t happy. They asked Hill to come back on, but he declined. The last opportunity to save Supernova was put into the hands of none other than Francis Ford Coppola, who handled a massive re-edit, an undertaking which may even have rivaled the various cuts of Apocalypse Now over the years.

Bearing so many different sets of fingerprints, Supernova is a film at odds with itself. To watch its cold assemblage of differing tones, aesthetics, and narrative pulls feels akin to putting together a jigsaw puzzle with a handful of pieces from totally different puzzles in the box. It finds equal footing in a handful of genres that don’t necessarily mesh well, not-so-deftly moving from flesh-fusion sci-fi body horror to low-key erotica. The intended audience is never quite clear, which isn’t surprising considering that the various filmmakers were targeting different age groups. MGM ultimately released Supernova theatrically with a PG-13 rating, but the released an R-rated cut on DVD and VHS a few months later, with a reinstated sex scene and new angles to showcase nudity from various members of the cast. This version feels much more aware of its excesses, target demographic, and narrative shortcomings than its theatrical counterpart.

Understandable messiness aside, it’s a far more interesting film than it has any right to be under the circumstances. It was made by a group of filmmakers that all understand genre conventions—even if they approach them quite differently—and it never delivers what you expect it to. For a $90 million studio production with Walter Hill and Francis Ford Coppola amongst its creators, that’s not too shabby. 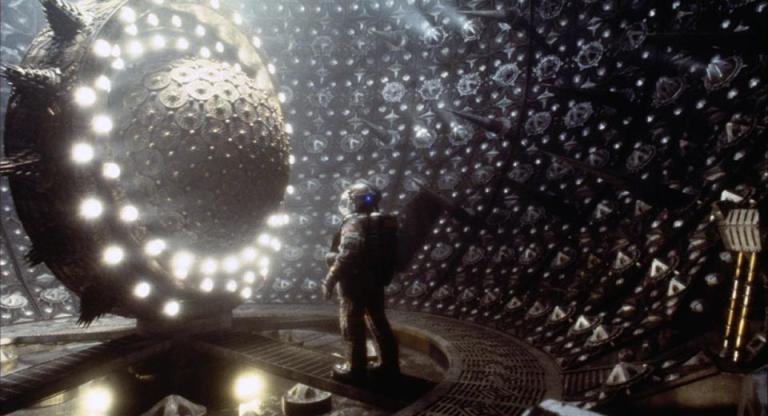