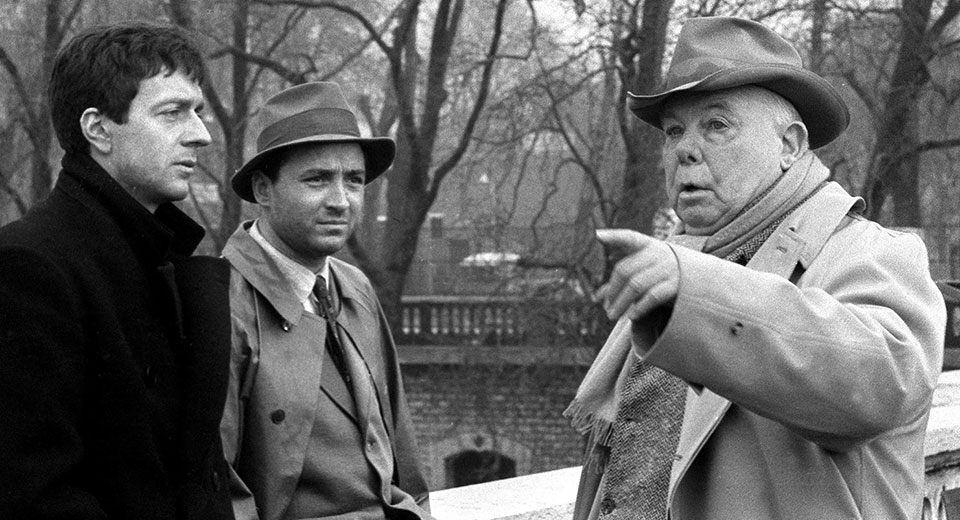 June 22, 1940: a weakened French Third Republic signs an Armistice with Nazi Germany, ceding control of much of France. A handsome young corporal with a wit so indefatigable as to believe in a certain justice or control over his destiny assumes, incorrectly, that he is free to leave the German POW camp where he’s been interred, and thus begins a cyclical pattern of escape attempt, defeat, punishment and back again for the charming corporal and his friends Guillaume, Lefty, and the foolish, bespectacled Ballochet. At first driven seemingly by simply a sense of fairness that slowly develops into a real will to freedom, the corporal finds that though his compatriots often profess a desire to return to their homes (and, in the case of Guillaume, his cows, who’ve been stolen by his wife and her lover), many quickly relinquish their bodies and, eventually, their minds and spirits to the arbitrary order and institutionalization of the prison camp, comfortable in the habits, petty crimes, and untethered social climbing allowed by such a place of exception.

Jean Renoir’s 1962 The Elusive Corporal, a sort of sequel to Grand Illusion, serves as an often darkly comedic, sometimes tragic parable of the effects wrought by imprisonment on the soldiers of WWII, the various forms of “prison” they recognize in the unequal treatment that awaits them upon returning home, and the danger inherent in the relative order and apparent equanimity offered by German control, as exemplified by the often easily-tricked and generally lax approach Nazi officers take with regards to some of the French prisoners. Jean-Pierre Cassel, a card-playing jester free of empathy when faced by his fellow escapees’ eventual capture, yet stunned into rage, heartbreak, and a sort of revivifying knowledge by the surprising cruelty and shocking humility of the men around him, is also a hunk and a half who successfully seduces the dentist’s daughter. Difficult to find beyond an expensive DVD collection, it is a film of beautiful imagery and breathtaking humanity, with the occasional moment of sweet human folly amidst the gravest of human depravity.

The Elusive Corporal opens Anthology’s “Prison Images: Incarceration and the Cinema” series. As a 1960s French drama-comedy, it’s a striking contrast to the other film screening on opening night—Brett Story’s 2016 documentary The Prison in Twelve Landscapes, a rather abstract exploration of the contexts and constant reverberations of the prison system beyond its walls and imbedded deeply within the American scenery and psyche. The combination illustrates the wide-ranging approach to the topic of “prison” as it is explored through the series. American politicians and their constituents are slowly coming to face an urgent reckoning with the political causes, circumstances, and devastating effects wrought by the seemingly endless expansion of mass incarceration, particularly as it propagates further through the alarming multiplication of detention centers, refugee camps, and other hidden sites of imprisonment. The variety of imagery, whether that of a cinema verite documentary like Tattooed Tears, a pseudo-exploitation film like Fanaka’s Penitentiary, or the films of the San Quentin Inmate Film Workshop Program, speaks to the multi-faceted potential of the carceral imaginary. Whether that risks reifying the “spectacle of the scaffold,” propagates a punishment-pornography useful to the prison industrial complex and its proponents, or opens the way to liberatory thinking and action depends on the engagement of the viewer.