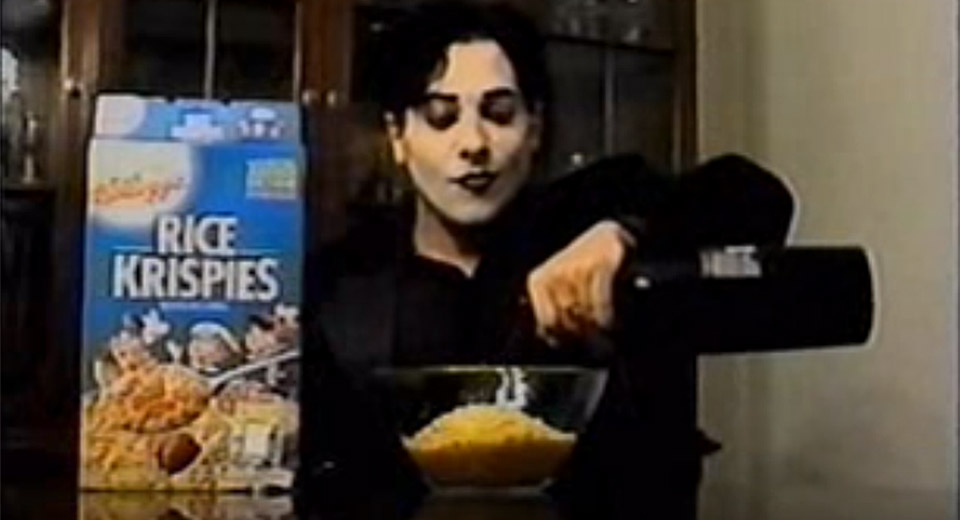 Damon Zex wanted to be everything that Nancy Reagan warned you about. In his career as a public access goth shaman, Zex improvised extended riffs on the virtues of drugs and sex, called God all sorts of names, offered viewers $10,000 to commit bestiality and uttered oddly poetic incantations such as “get high or die” and “everyone shits for sex.” His schtick was shock without market sense. His work is the safest possible simulation of a bad robotrip.

A meager budget and the limitations of live public broadcasting forced him in front of the camera with only a few props, a costume and his mouth to keep the show going. One of the pleasures of watching him lies in his occasional desperation to keep a bit going. Like a nervous improviser, he repeats himself as he sputters toward whatever the next idea is. We can see the gears turn in his head as he clumsily searches for the next affront to the viewer, organized religion or patriotic suburbanites. This quality exhibits the lack of polish that makes him so endearing even at his most obnoxious.

If nothing else, he formulated the following would-be adage, which is simultaneously a vulgar insult to the Christian faith and a fact which no thinking Christian could ever deny:

“God can be everywhere. God can be walking between your butt cheeks before you take a dump.”