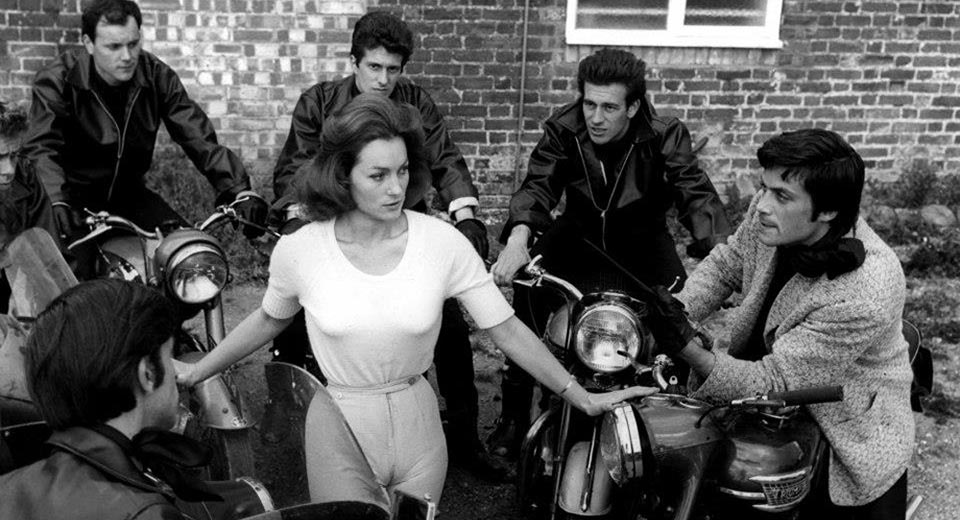 In the foreword to A History of Horrors: The Rise and Fall of the House of Hammer, the company’s marquee star Peter Cushing writes, ”The adjective horror has a strong pull at the box office, but I prefer fantasy ... To my way of thinking, ‘horror’ conjures up events that actually happen, whereas most of the capers we got up to were mere figments of the fertile brains of imaginative writers who set out to take people’s minds off everyday unpleasantnesses.” By Cushing’s interpretation, The Damned (also known as These Are the Damned) might be Hammer’s most authentically horrific film. With its black-and-white “Hammerscope” photography, youth social problem bent, and explicit fixation on atomic-age anxieties, it’s a far cry from the saturated gothic phantasmagoria of the monster films most popularly associated with the studio. Yet it remains one of Hammer’s greatest films.

Completed in 1961, The Damned was released around the same time as blacklisted American expat filmmaker Joseph Losey’s prestige leftist class drama The Servant. Predating Sidney J. Furie’s seminal British biker flick The Leather Boys, The Damned initially seems like a rough-and-tumble forerunner to the mods and rockers phenomena of the mid-60s. Oliver Reed is King, the teddy boy leader of a leather-clad biker gang, who has a deviant fixation on his sister Joan (Shirley Ann Field). Although King is madly possessive of her, he enlists her to seduce men whom the gang can rob. One of these is the American Simon (Macdonald Carey), who is unexpectedly able to romance Joan (which, it must be admitted, requires a greater suspension of disbelief than the film’s subsequent science fiction elements). The couple flees to a craggy island cottage rented out by Swedish artist Freya (Viveca Lindfors), who makes existentially loaded Giacometti-esque sculptures. King tracks the rogue lovers down, and after a cliffside brawl the three end up inside a highly secure laboratory housing around a dozen children, who are the subjects of a strange experiment—one which leaves their flesh cold as death. To say more would spoil the film; suffice to say, with military scientists alerted to the intruders, the narrative is imbued with an urgent, unsettling aura of mystery.

The Damned is a deeply idiosyncratic film, one that begins with the bopping wail of an infectious rockabilly theme before abruptly settling into an unremittingly bleak register. Whether due to the film’s unorthodox structure or the film’s explicitly anti-nuclear, anti-government themes, it’s been heavily truncated in various forms of release. Tonight the Quad screens the original cut, and it’s one of the series’s must-sees.