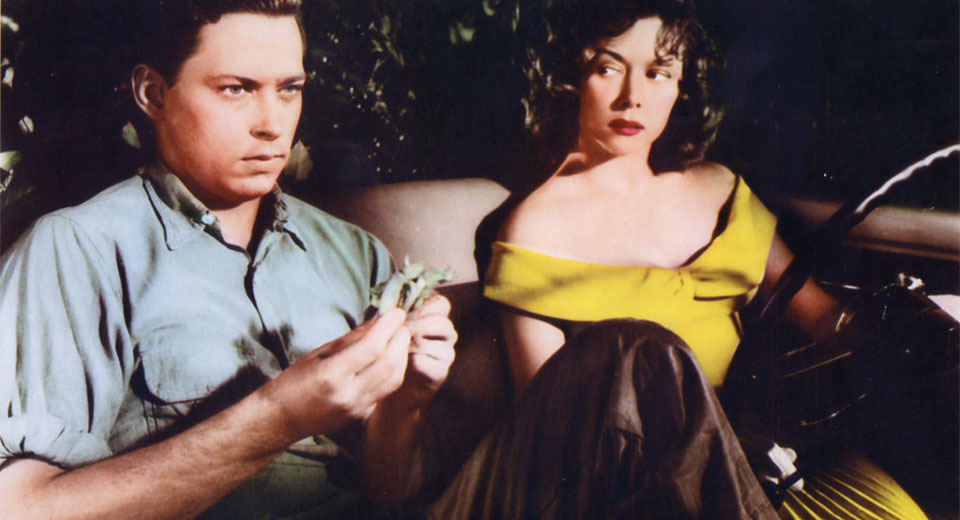 Leave it to Vincente Minnelli to make a film about window dressing. The Cobweb, showing today in Metrograph's Minnelli Widescreen series, may seem like nothing more than a studio oddity at first glance. After all, it’s a two hour long psychodrama revolving around a set of drapes. Don’t be deceived though — there are plenty of creative flourishes etched between the seams, even if its thick fabric suggests otherwise.

Set in a mental institution known as “The Castle,” the decision to hang new drapes in the facility’s library spark a political war between the administration, its patients, and a doctor’s meddling wife (Gloria Grahame). As can be expected from a fifties melodrama, repressed emotions are boiling underneath this trivial conflict. What results is a bureaucracy thrown into chaos, a nuclear family disintegrated, and the fragile mental states of patients and doctors alike driven to the edge. While this scathing criticism went by unnoticed upon its release, audiences today may find the story of an incompetent, infighting administration acting against the majority of the people they serve to be quite relevant. Though order is seemingly restored by the end of the film, the cracks in this micro-society remain unsealed.

Like other melodramas of mid-century America, there is a biting self-awareness to The Cobweb’s mundane plot. To offset the two hours of drape-talk, Minnelli creates a visually sumptuous mental facility that’s populated by a star studded ensemble from all walks of Hollywood history. The notorious drapes themselves are also more than a colorful setpiece. Patient John Kerr’s sketches for the proposed drape designs feature striking illustrations of his peers and doctors, serving as overarching commentary to the drama at hand. Minnelli even takes a stab at the enforced production code ending in his subversive final scene where the drapes become inescapable. While there is no denying that the surface storyline proves to be a challenging exercise for all involved, Minnelli’s lavish Cinemascope production goes for broke in its attempt to compensate for it.

Best summed up in its opening dialogue, Grahame asks Kerr, “Why do flowers have to be for anything? Isn’t it enough that they have color and form, and that they make you feel good?” The same question could be applied to The Cobweb (or any other melodrama featured in this series). Analysis aside, it offers a cinematic escapism through the expressionism bound within the genre, and isn’t that enough?