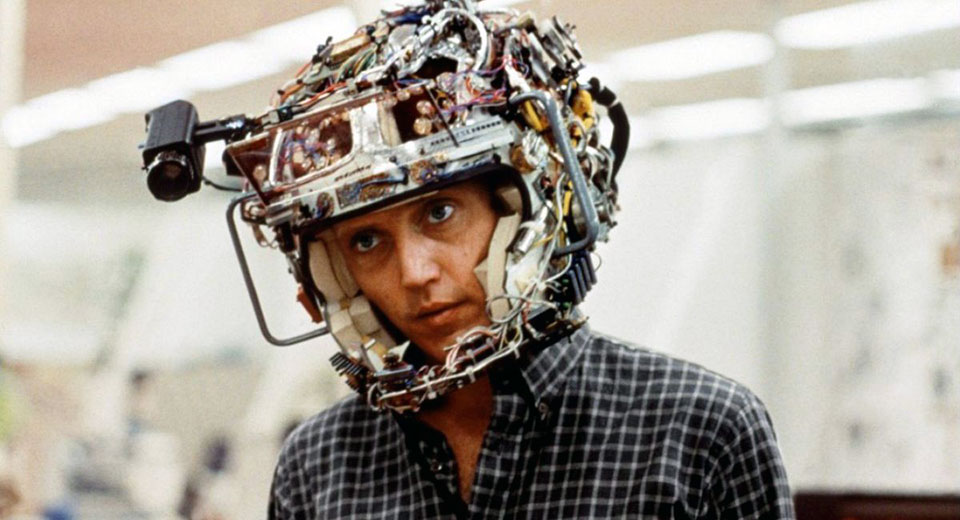 Best known as the effects master behind seminal films like 2001: A Space Odyssey, Blade Runner, and Close Encounters of the Third Kind, Douglas Trumbull has exerted an outsized influence on the American sci-fi cannon. However you feel about the aforementioned titles – as mind-expanding works of high art, or overrated exercises in philosophical pretension – the grandeur of their visual scope is unmistakable, standing head-and-shoulders above the soulless, computer-generated worldbuilding we’ve come to expect from contemporary mainstream cinema. Trumbull’s filmography as a director consists of only two features, and his sophomore effort, Brainstorm,  screens this weekend at the Museum of the Moving Image on glorious 70mm. (An additional screening with Trumbull in attendance on Friday was just announced.) At the risk of sounding snobbish or too format-conscious, believe me when I tell you: no other exhibition or home screening will suffice. “See it big!” is a direct order.

Released in a fog of scandal after the death of star Natalie Wood, Brainstorm was quietly cast before an undeserving public during a rocky phase of studio filmmaking. With megawatt star power on the wane, and New Hollywood’s scrappy grit and gusto in the rear view, a hydra of USC brats emerged from the melee, ready to line the pockets of corporate executives with fat returns from a new spate of summer blockbusters. Audiences clamored for battleships and monsters, eschewing smaller, human-centric “grown up pictures” at the expense of our collective sanity. Not quite sci-fi enough to satiate mouth-breathing nerds, and still too outre for Awards Season prestige, Brainstorm bloomed and faded away in a twilight zone of uncertainty, its glistening remains buried beneath a mountainous pile of sequels and merchandise tie-ins.

At the center, stars Wood and Christopher Walken weigh the price of technological progress against their own failing marriage, imbuing their research with a deeply personal, if hidden, desire to understand the source of their growing rift. Their invention – a machine that can capture and project its wearer’s innermost thoughts – portends to change the face of behavioral psychology forever, provided, of course, that they can keep their research from the blood-stained hands of the American military industrial complex. The team tries, in vain, to steer their work in service of the greater good, and in so doing wrest their own love from the sucking void of soulless capitalism. Brainstorm marked Trumbull’s final outing as a studio director: by his account, the process was needlessly difficult, bordering on the traumatic. It cannot be easy to watch one’s finest hour wither on the vine while baser instincts prevail, whether in the boardroom or the war room. But despite its messy history, the mature mark of Brainstorm’s poignant story lives on today in our current trendlet of adult sci-fi, wherein troubled protagonists wrestle with divorce, daddy issues, and existential quandaries against a backdrop of bleeping machines and blankets of stars.