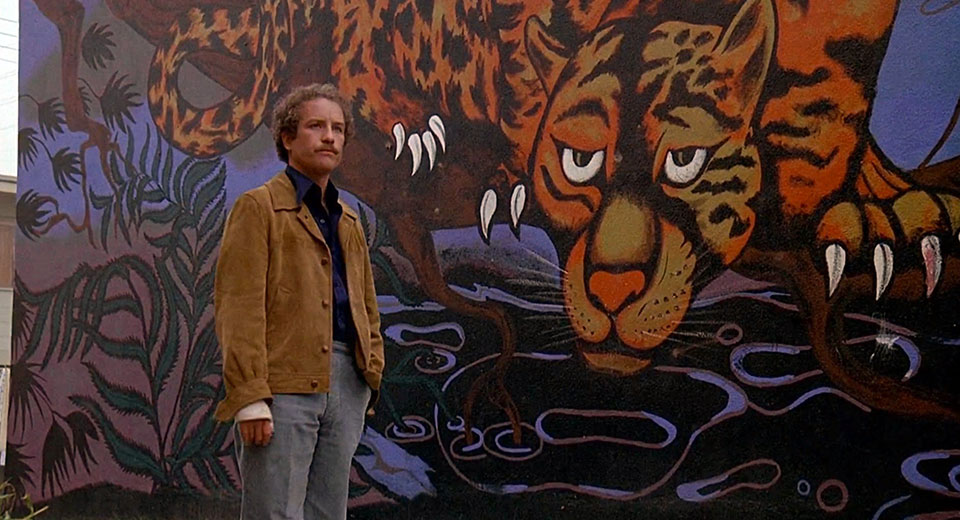 At heart, every on-screen private eye is a wounded idealist. The tendency is made most overt in The Big Fix (1978), wherein Richard Dreyfuss plays Moses Wine, a former campus radical reduced to getting high playing solo games of Clue in addition to the odd corporate espionage contract. Like Elliott Gould’s Marlowe in The Long Goodbye, he’s a bemused wiseass, but Dreyfuss’ trademark, coke-fueled goofery infuse the detective archetype with a more frivolous spirit. His twitchy energy is a poor fit for a stoner or a gumshoe, let alone a stoner gumshoe, but he’s never less than interesting onscreen, and good movies have been built on weaker foundations. As his search for the missing rabble-rouser leads to murder, he’s drawn—as detectives inevitably are—into a web of power and lies that reveals the ugly heart of American society. Dreyfuss putting on his tough-guy hat proves an odd fit, as his whimsical line readings threaten to turn the proceedings into a chipper comedy even as he mourns the death of a lover or delivers hardass chestnuts.

The film presents a vacuous late-1970s in which aging activists sing protest songs around private swimming pools and lecture children about Bakunin. They’ve been abandoned by the broader culture, forced to drop out, sell out or toil for mediocrities like politician Miles Hawthorne, whose campaign enlists Dreyfuss to locate the fugitive lefty disrupting his chances at the governorship. Roger L. Simon’s screenplay, based on his own novel, gently parodies the displaced radicals and their desperate nostalgia while simultaneously basking in their self-righteousness against the looming establishment. Despite a sentimental ribbing of the campus protest set, The Big Fix celebrates the hanging on of the weirdo class after their ignoble defeat at the hands of global capitalism.