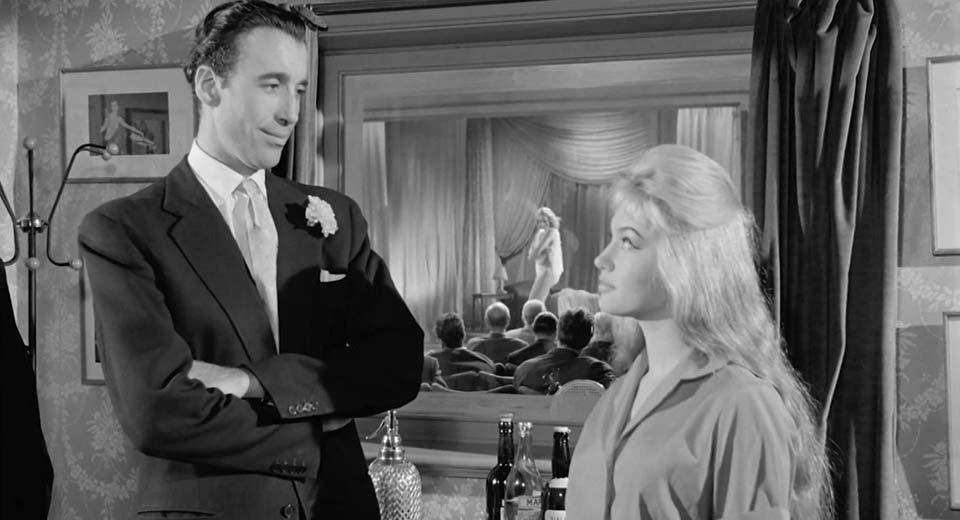 All dressed up with nowhere to be on New Year’s Eve? Word is the party’s over at the Museum of Modern Art. But we’re not talking about some $300 prix frixe at The Modern — no, you’re going to have to come down to the basement with the rest of the freaks, because MoMA’s stinking up the place with Beat Girl, Edmond Gréville’s cult classic snatch at late-50s teen culture.

Poor little rich girl Jenny (soon to be yé yé girl Gillian Hills) just can’t believe her absentee architect father has returned from his most recent trip abroad with a brand new 20-something wife. What’s a hot-to-trot teenager to do — but swing herself right through London’s nightlife! Ravishingly stupid, Beat Girl is the easiest fun you can have in a theater. Its vision of greasy young beatniks at frolic is alive with wall-to-wall quotable dialogue ( “How can she be so square if she’s French and only 24?” ), a rad score from John “James Bond Theme” Barry, and Saint Christopher Lee as owner of the best/dumbest striptease joint in the world (‘Les Girls,’ sacré bleu)? You just can’t buy these sorts of thrills anymore, but they do come free with the cost of museum admission.