The Autobiography of Nicolae Ceaușescu 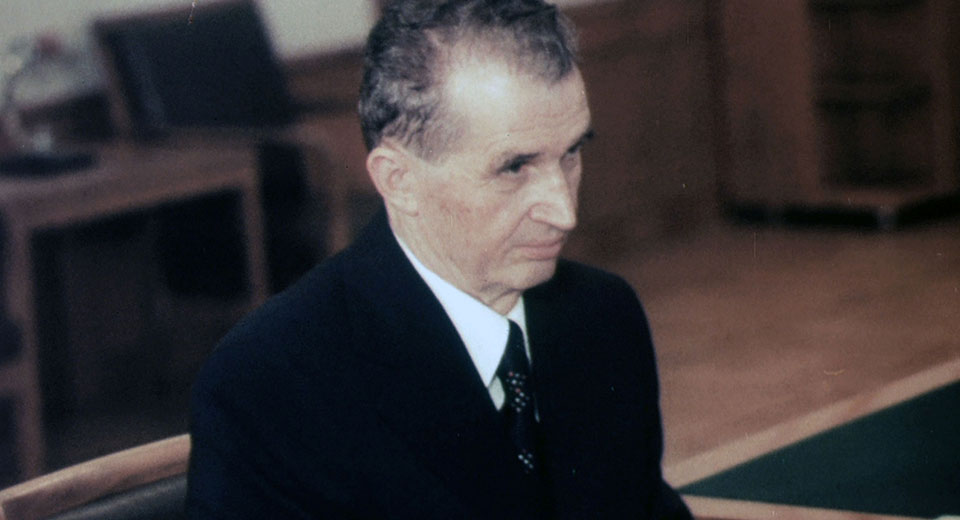 Being a dictator involves, amongst other things, a whole lot of looking. At cornfields. At construction sites. At endless, endless processions and parades. And, perhaps—as is suggested by Andrei Ujică's The Autobiography of Nicolae Ceaușescu, screening tonight at Film Forum—at one's life as well.

Conceived as a flashback that unfurls at the very instant Romanian dictator Nicolae Ceaușescu realizes, during his 1989 show trial, that he is going to be condemned to death, The Autobiography of Nicolae Ceaușescu relies entirely on historical found footage. The "autobiography" suggested by the documentary's title comes from the fact that the various snippets of the leader's life are presented without commentary, and frequently without any sound, while tracking Ceaușescu's transformation from the ambitious general secretary of the Romanian Workers' Party in 1965 to the head of a paranoid cult of personality. His reign, which ultimately culminated in his soldiers firing on protestors during the massacre of Timișoara in 1989, is the backdrop of many of the other films playing alongside this one in Film Forum's terrific and ongoing retrospective of post-communist Romanian movies, including some of the best-known titles in the series like Four Months, Three Weeks, and Two Days and 12:08 East of Bucharest.

But for those who might be less familiar with the intricacies of Romanian politics between 1965 and 1989, you might not find the answers you're looking for here (a quick skim of Wikipedia in your seat before the trailers might be worthwhile). Instead, The Autobiography of Nicolae Ceaușescu functions as a mesmerizing observation of how tyranny flourishes due to both local and global complicity. Buy a ticket not just to see Ceaușescu's welcome in countries like communist China and North Korea—truly astonishing stuff—but also to see him rub elbows with multiple effusive American presidents, and glide starry-eyed through Universal Studios on the Glamor Train.

Speaking after Autobiography's Saturday afternoon screening, Ujică observed that despite the hundreds of hours of footage of Ceaușescu in existence, "We did not know him. Not at all. He was only a construct of the propaganda." And now it is our turn, all these decades later, to be the ones to look and learn.