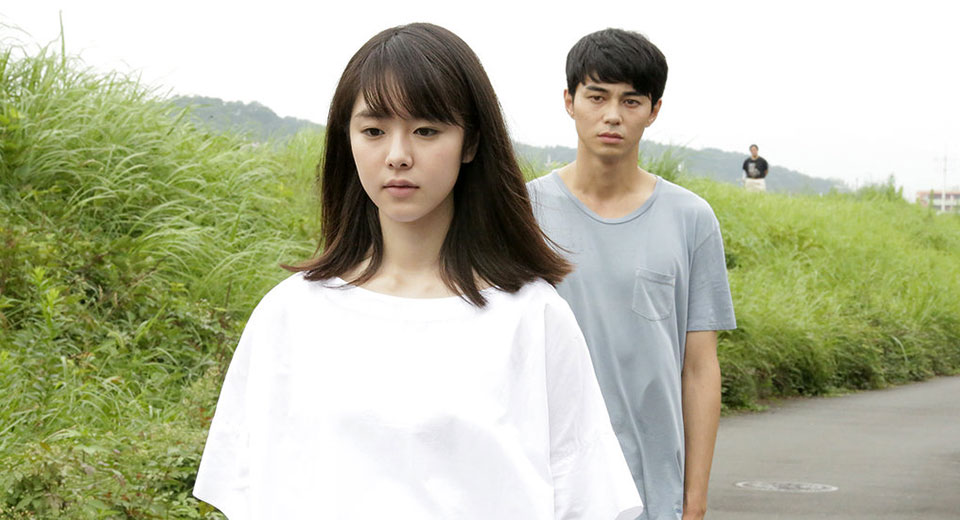 There's an ambivalence about love in Ryusuke Hamaguchi's Asako I & II: it's a spell and a hex, a blessing and a curse, rapture and torment. But isn't this what love is? For Freud, love—especially melancholic love—is constitutively ambivalent, a simultaneous desire to protect and destroy the loved thing; as Jeanne Moreau croons in Fassbinder's Querelle, "Each man kills the thing he loves." In Hamaguchi's film, this double-tension has devastating consequences.

Asako (Erika Karata) is a young woman in Osaka. She randomly meets enigmatic drifter Baku (Masahiro Higashide) and the two fall in love, but Baku has a bad habit of being lured away by the promise of adventure; sure enough, one day he fails to return from the grocery store and Asako is alone again. Years later, Asako is working at a third-wave coffee shop in Tokyo where he meets Ryohei (also Higashide), a young advertising firm employee who bears an uncanny resemblance to Baku. A romance blossoms, but Asako is terrified that her secret will come out—that she's only with Ryohei because he reminds her of Baku. What happens when Baku, now a famous male model, reappears in Asako's life?

The setup feels abstract, ungrounded, flimsy, and the film is visually unadorned, with a cool palette and bland wardrobes, but somehow the texture of Asako's life feels real. When Asako and her actress roommate Maya (Rio Yamashita) invite Ryohei and his colleague Kushihashi (Koji Seto) for dinner, Kushihashi unexpectedly levels a vicious critique at Maya's recent performance in a Chekov play. No one knows how to react, and the silent hostility in the room is thick enough to cut with a yanagi. The scene is painfully real, a cringing, cheek-biting situation from which everyone wants to escape into the bowels of the earth, and Hamaguchi milks it for all it's worth. He repeats this emotional torture porn later when Asako and Ryohei are celebrating their engagement with close friends at a restaurant and Baku shows up, offers Asako his hand, and spirits her away with zero objection. Everyone is crushed except Asako, who's in some kind of rapturous fugue state, and Baku, who ultimately doesn't give a shit about anyone but himself. Why does Asako sabotage her own happiness like this? Did she never get over Baku? In other (Freudian) words, was her mourning interrupted and replaced by melancholy? And did her melancholic love for Ryohei turn into a sadistic desire to hurt him and the concomitant drive to destroy herself?

For Hamaguchi, everything changed with the 2011 Fukushima nuclear reactor meltdown, which flung all notions of routine and normality out the window. When the meltdown actually happens in the film, it seems to be in some kind of Stromboli-like sympathy with the protagonists' emotional turbulence. In a way Asako I & II is a disaster movie in the tradition of The Day After Tomorrow and 2012, where the function of environmental calamity is to act as couples therapy. Roland Emmerich may have found his match.