All That Heaven Allows 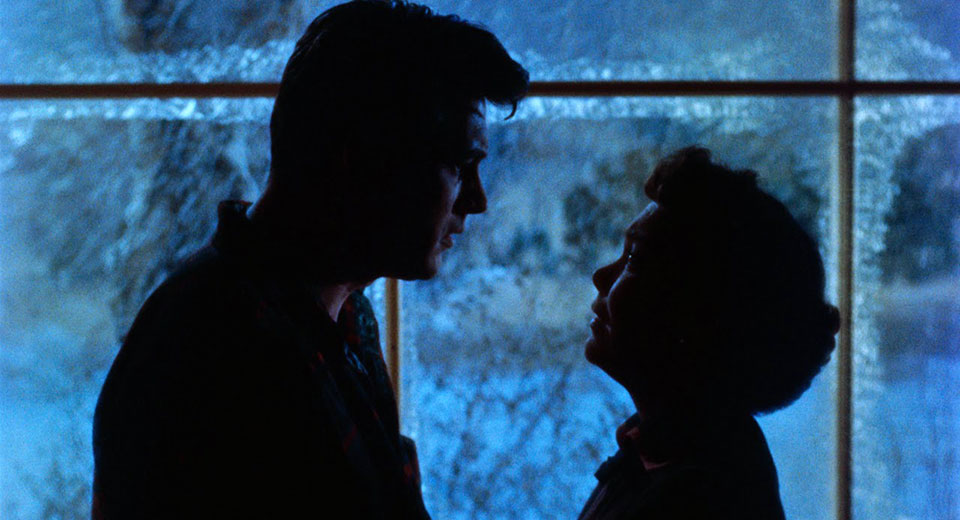 We also launched a membership program to help us keep going. Screen Slate is entirely volunteer run, and this is the source of 100% of our revenue, all of which goes toward covering costs. If you’d like to see Screen Slate continue in 2017—and we hope grow—please sign up to make a monthly contribution equivalent to a cup of coffee ($3), a beer ($5), or a matinee movie ticket ($10). (I know, for New York, these are cheap cups of coffee, beers, and movie tickets.) If you consider it an important service, please know that contributions from readers like you are what makes it possible. And our deepest gratitude to those who are already supporting!

Thank you for sticking with us or discovering us this year. We like to think of our readers as an extended community and are always humbled by what a thoughtful, kind, and brilliant group of people are using our service. We can’t wait to show you what we have in store for 2017, and here's to a safe and happy New Year!

Douglas Sirk’s 1955 “subversive Hollywood tearjerker” All That Heaven Allows has a happy ending that feels just like Christmas: a rapture of contentment that’s gone as quickly as it came. If only every day could be Christmas; if only every broken relationship could be repaired in a tearful eruption of mutual forgiveness—but the movie’s over and we emerge into a cold reality where meaning is scarce; Christmas is over and generosity gives way to self-interested calculation. Sirk’s awareness of the danger of escapism is reflected not only in his deliberately absurd endings, but also in his thematic treatment of it.

When Carrie Scott (Jane Wyman), an upper middle-class widow in wealthy Stoningham, NY, decides to run away from her life “of quiet desperation” with Ron Kirby (Rock Hudson), a young and hunky gardener, her narcissistic children and her malicious snob neighbors do their darnedest to keep her in her place. The themes of gender and class prejudice are overt: Carrie’s Ivy League sociology student daughter initially commends her mother for planning to remarry, but changes her tune when the town’s society disapproves of her plebeian choice of husband. “Theory and action should be one,” she says—but only in theory; as soon as it’s not women in general that deserve to break out of the tombs of their dead husbands, but her own mother, her progressive views turn to dust. Carrie’s career-minded son admits he doesn’t know Ron, but he “know[s] the type”—the type that the society ladies will later dismiss as “Carrie’s nature boy.” But what does Ron’s wildness actually consist in?

Ron and his alternative friends live in lodges, read Thoreau, and throw bacchanalian parties. They have a mantra (recalling the opaque cult in Sirk’s previous Hudson-Wyman vehicle, Magnificent Obsession), “To thine own self be true," which they enact by opening wine bottles with their teeth, hunting pheasants, and wearing enough flannel, corduroy, and sheepskin to fill a Best Made catalog, but to what extent is Ron’s converted sawmill palace—with its oak beams, floor-to-ceiling windows, and full set of Loeb’s Classics—really an alternative to the mansions of Carrie’s neighbors? The irony of portraying an authentic, rustic lifestyle using plastic trees and polystyrene snowflakes couldn’t have escaped Sirk, who embraced the artifice of the Hollywood melodrama as a Brechtian alienation effect.

Although we’re often too eager to attribute subversive intentions to our Establishment auteurs, Sirk actually merits it. When Carrie’s Christmas-visiting kids present her with a TV—“The last refuge for lonely women,” as Carrie’s best friend assures her—she sees in its black screen nothing but a reflection of the emptiness of her safe and predictable life; TV now monopolizes meaning the same way cinema did before it. The TV-salesman gushes that Carrie will “have all the company [she’ll] need,” which is true if one shares the liberal-individualist belief that we don’t need anyone but ourselves. When Ron exhorts Carrie not to let other people make her decisions for her, it might sound like he shares this rugged “on your own two feet” attitude, but there's actually something more sinister afoot: it’s not she who should decide, but Ron. The choice is ultimately this: either let society and family determine you, or let the man of your dreams do it.

All That Heaven Allows is the movie equivalent of a Nat King Cole or Bing Crosby Christmas album, so catch it at the Metrograph this afternoon and smuggle in a flask of egg nog.