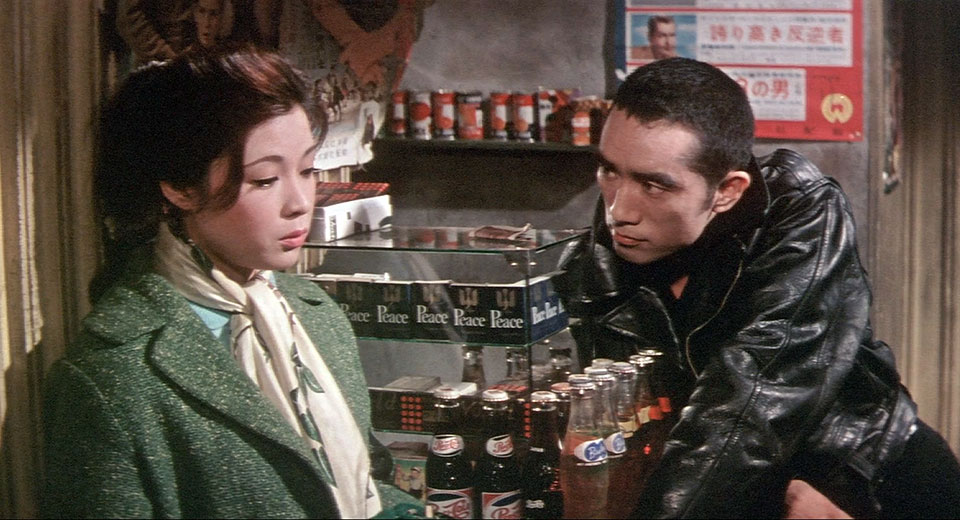 Yukio Mishima hardly needs an introduction, his literary accomplishments and political aspirations having made him so notorious in Japan and abroad that giving him any more hype is probably irresponsible. By the time of Yasuzo Masumura 's Afraid to Die (1960), "a movie that was chiefly made in order to gratify Mishima's desire to ... show off his biceps" (Jonathan Rosenbaum), Mishima was a decade into his literary superstardom and another decade away from his legendarily public suicide.

Mishima's 35 novels are a good source of information about his life (however veiled it may be), but a great place to start is Paul Schrader's Mishima: a Life in Four Chapters (1980), which incorporates the plots of three of Mishima's novels to tell the story of how he discovered poetry, his sexuality, and the hidden potential of his body. A character says, "You must commit suicide at the height of your beauty," advice that Mishima took to heart, deciding in early adulthood to commit to a workout regimen that would make him look more like the Greek sculptures he idolized.

Yasuzo Masumura held similarly European ideals of masculinity and individuality, having studied under Antonioni and Visconti in Rome in the early 50s. "I don't want to create a humane human being," he once wrote. "I want to create a mad person who expresses his or her desire without shame, regardless of what people think." In Afraid to Die, this translates to a yakuza named Takeo (Mishima), an unapologetic goon whose only loyalty is to #1. Rocking a popped-collar leather jacket and a shaved head, he "expresses his desire" by beating and raping the one woman who actually cares for him. (Sidenote: when a rape scene is accompanied by saucy jazz and followed by the victim's declaration of love for the perpetrator—no matter how much the latter is otherwise coded as a scoundrel—isn't the filmmaker giving sexual assault a thumbs-up?) The rest of it is a classic "one more hit and then we go straight" narrative, with Takeo's pal Aikawa (Eiji Funakoshi) pining to move to Osaka with his pharmacist girlfriend and go legit. The planned hit is on a shipment of experimental cancer drugs, and of course it's doomed from the start. The rival family is one step ahead and Takeo's death is worthy of Johnnie To, sprawled on a moving escalator in a bloody white dinner jacket under blue neons.

With a theme song written and sung by Mishima himself and a brief performance by Kurosawa-favorite Takashi Shimura as a tattoo-covered yakuza godfather, Afraid to Die is more than a curio. Mishima's 1961 novella, Star, freshly translated by Sam Bett (who is introducing tonight's screening at the Japan Society), is a fascinating (though veiled) record of Mishima's first taste of silver screen stardom, and his descriptions of the fictional director's perfectionism may give an idea of what Masumura was like to work with.