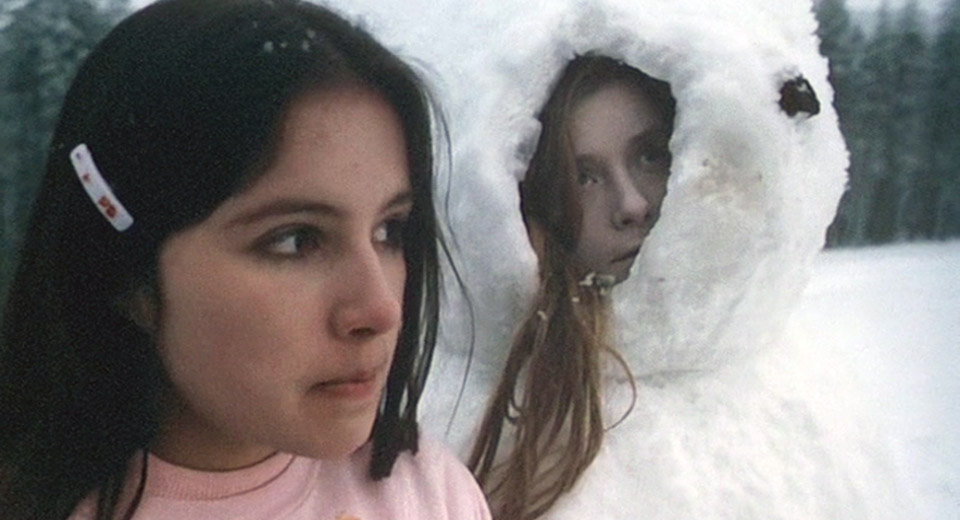 As with all of Věra Chytilová’s pre-Glasnost body of work, every joyously freaky frame of Wolf’s Hole (playing as part of BAM’s retrospective of the filmmaker) comes imbued with the intoxicating awareness that it literally should not exist. In the decades after her FAMU fam fled the Soviet strickening of Czechoslovak arts, Chytilová continued to work — first by scam and subterfuge, later by simply being too big of a personality for even her authoritarian government to shut down. As Peter Hames once said, the government gave her “difficulties” during this period, but she proved unstoppable, draping her raspberry-blowing allegories of oppression and incompetence in the thinnest veil imaginable.

Wolf’s Hole also happens to be a teen camp horror picture, right in the midst of the genre’s stateside popularity. Eleven kids are plucked, seemingly at random, to participate in an exclusive ski class led by the elderly “Daddy” (prolific Czech actor Miroslav Macháček) and his bleach-pale bruisers Dingo and Babeta, who stress that this is not a vacation. Seeds of something afoot are sown early with Daddy’s troubled claim that there should, in fact, be only ten students — one does not “belong.” The students vary in class and physical fitness, from the spoiled son of a wealthy man who doles out bribes with hilarious frequency, to an ostracized gypsy girl who’s more concerned with the feral pup she smuggled in than with the rest of the class. Naturally, there is an avalanche, and the class is stranded with diminishing supplies.

Things take a turn for the brazenly weird quick enough — the instructors are fond of spastically breakdancing in the snow, late at night — that it’s no spoiler to reveal that Daddy and his crew are alien captors, and the poor parka-clad brats are the subjects of a nefarious experiment. Just how long will they last without sacrificing each other? Ever the trickster, Chytilová once again preaches that the only morality lies in chaos. Come for the slopes, stay for what is almost certainly the best use of a snowman in a horror film to date.