The Witch Who Came from the Sea 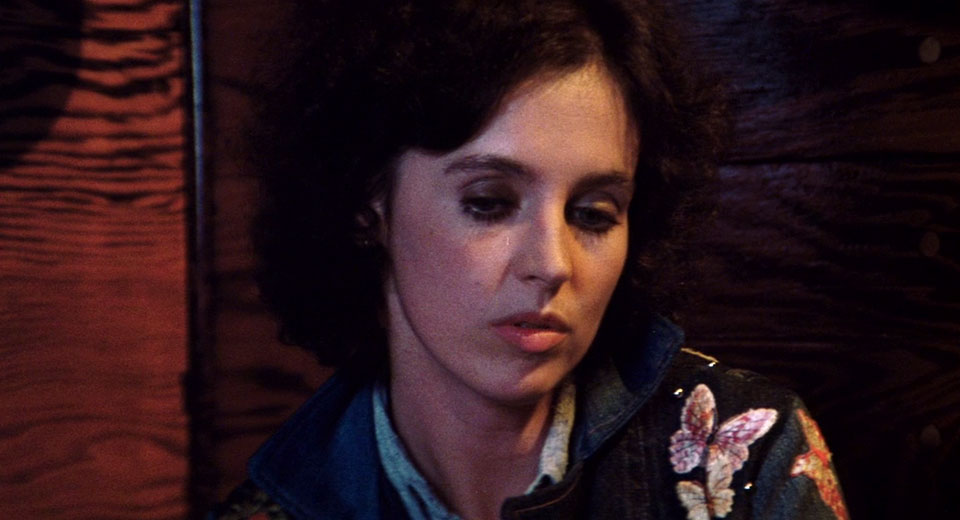 In spite of its title, there is no witch in The Witch Who Came from the Sea. Rather, the film – one of the most unusual and bewitching horror films of the 1970s – is, as one of its taglines has it, “a nightmare of incest and castration,” seen from the perspective of a woman suffering a psychotic break. Stunningly portrayed by Millie Perkins (perhaps best known for her film debut almost twenty years earlier, as Anne Frank in The Diary of Anne Frank ), Molly babysits her nephews by day and serves drinks to lecherous men at a local seaside bar at night, all the while desperately trying to repress memories of her childhood sexual abuse at the hands of her father. The memories sometimes break through, as do shocking, grisly fantasies in which she mutilates and murders men. Then the fantasies become reality. And, yes, castration is involved. As another tagline promises, “Molly really knows how to cut men down to size!!”

Most of the goriest bits are implied or obliquely conveyed, however – quite effectively. What most haunts you in the end is the all-embracing atmosphere of hopelessness and psychological torment. It is Molly with whom we most empathize, in spite of the uses she puts to her razor. The squalid 1970s swingers party ambience, with its ever-present undercurrent of misogyny, helps. Filmed in and around Malibu, Santa Monica, and Venice in the off-season, the bleakness of its pill-popping, alcoholic beach scene is reflected in the hazy greyness of its seaside landscapes.

Although the overall tone is devastatingly bleak, there are also flashes of unexpected humor. The script for The Witch Who Came from the Sea was written by Robert Thom, as a starring vehicle for his then-wife Perkins, and the marvelously lunatic sensibility he brought to scripts for films such as All the Fine Young Cannibals, Wild in the Streets, Crazy Mama, and Death Race 2000 shines through. As acerbic, pill-pushing barmaid Doris, veteran actor and legendary acting teacher Peggy Feury has particular funwith her dialogue, whether doling out pills with the promise, “You will float like a water lily … down a Chinese lagoon,” or cutting a man down to size with a perfectly pitched, “Motherfucker.” Directed by exploitation filmmaker Matt Cimber, the film nevertheless remains cohesive, perhaps his best film – indeed, one of the great horror films of the period.

The Witch Who Came from the Sea is on Criterion Channel (leaving June 30), Tubi (free with ads), and Arrow, or available on disc from Arrow.