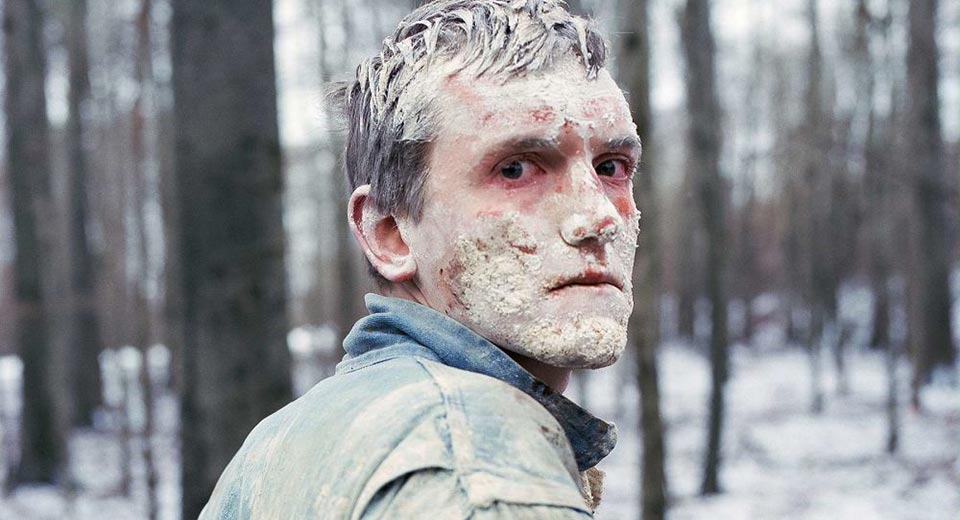 Although Winter Brothers is an extremely terrestrial film—all frost and forest and animal desire—at times it can feel so distant and disembodied that it is almost like watching science-fiction. Shot by the supremely talented Maria Von Hausswolff in meticulously composed, photograph-like frames, Winter Brothers is the aggressively anti-hygge debut by Copenhagen-based Icelander Hlynur Pálmason.

Brothers Johan (Simon Sears) and Emil (Elliott Crosset Hove, who deservedly won best actor at the Locarno Film Festival for this role) live in a small mining village in Denmark, a place so remote and alien that it is seemingly adrift from the rest of the world. Together they steal chemicals from the mine to make an amber-colored homebrew that they sell to colleagues—until the mixture ends up poisoning one man, landing Emil in dangerous trouble with the boss. Winter Brothers is a film that excavates manhood, certainly, but also the adolescent impulse that makes us pull the trigger of a rifle, if only to hear how it sounds.