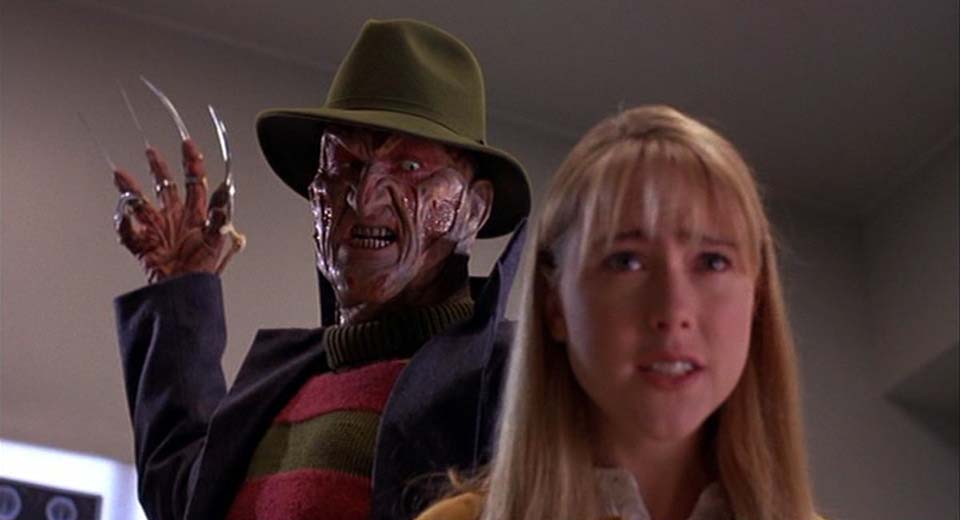 The career of the late filmmaker Wes Craven has a little bit of everything to offer. Last House on the Left provides grindhouse sleaze and brutality, The Hills Have Eyes laid the groundwork for hunt and kill rural terror, and Scream, with its postmodern Beverly Hills 90210 flavor, helped pump life back into mainstream horror during the 90s. Craven was an innovator whose narratives have become urban legends due in large part to their conceptual potency. Craven’s best work is drawn from primitive myth and a Jungian psychology of subconscious, collective fears. His great masterpiece, A Nightmare on Elm Street, is the best example of this. Its a film whose concept is so elegantly simple—if you fall asleep a ghoulish murderer will kill you in your dreams and you will never wake up—that it is grasped almost immediately and integrated into the viewer’s mind seamlessly.

With A Nightmare on Elm Street, Craven created his own perfectly realized myth, but as subsequent sequels attempted to fill in the details of what was essentially the ultimate tale kids tell to scare the shit out of each other, the fundamental bite of the original began to erode. The ghoulish killer, Freddy Krueger, transformed from a terrifying archetype into a pop culture darling, quipping as he killed and, in the ultimate act of 80s trendification, rapping. As cool as it was to hear Freddy spit fire, it was a far cry from the platonic beauty of the character’s first screen appearance.

For Wes Craven’s New Nightmare the filmmaker returned the driver’s seat in what seems an attempt to re-legitimize the series, throwing his name on the vehicle’s vanity plate to let everyone know who was behind the wheel. What Craven produced is an interesting attempt at suturing the concept from the schlock it had become and reintegrating the mythic power of the original back into it. The film’s world is one where Craven, original Nightmare star Heather Langenkamp, and Freddy actor Robert Englund exist, and A Nightmare on Elm Street is a known and beloved film. Freddy is no longer the Spuds Mackenzie of horror icons though, but something that exists deeper, separate from Englund’s evolving portrayal of the character. The horror in New Nightmare is the unmasked ancient fear that animated the character of Freddy Krueger in the original, and in a calculated role reversal, the filmmakers become its victims—proving no one is safe from nightmares.