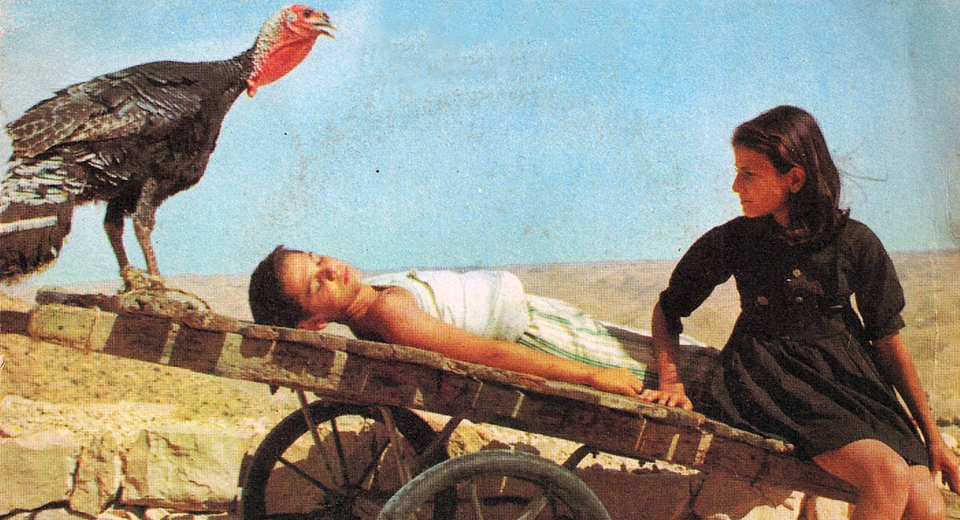 In exiled Spanish artist Fernando Arrabal’s Viva la Muerte, Mahdi Chaouch’s role belongs to that special genre of performance: the one-off child actor who delivers a flawless turn in a shockingly raw film before disappearing to cinema history, leaving audiences to wonder where they came from, what might have been, and whether the psychic lesions it appears they would have sustained ever healed.

Made in Tunisia with a largely French and Tunisian cast and crew, Viva la Muerte is apparently set at the end of the Spanish Civil War and features Chaouch as Fando, a boy whose leftist father, like Arrabal’s own, has been betrayed by his mother and supposedly executed by the authorities. The film is largely concerned with Fando’s coming-of-age, sexual awakening, and filial loyalties—and yet it’s implicitly, as Amos Vogel identifies in one of the most passionate capsules in Film as a Subversive Art, about “revolutionary purification and liberation … a paroxysm of anguish, a scream for liberty, and probably one of the most ferocious, violent films ever made.”

Alongside fellow multi-hyphenates Alejandro Jodorowsky and Roland Topor (who provides the opening credit illustrations), Arrabal was co-founder of the Panic Movement, a Paris-based collective who were effectively the shock jocks of surrealism—a less steely, if equally sticky, counterpart to Viennese Actionism engaged in Happenings, poetry, illustration, literature, and film whose recurring motifs include sacrilegious imagery, pop culture subversion, and all manner of bodily fluids drawn from man and beast. These concerns manifest themselves in Viva la Muerte when the young protagonist’s subconscious is triggered, and the film slides into fantasy sequences rendered through processed, shifting monochromatic video imagery. These absurd and disturbing episodes include Young Fando imagining his father being buried to his neck in sand as a cavalcade of horses stomp his head; a series of incestuous encounters with his mother and aunt; his mother defecating on his father’s head; and the sexual violation and execution of poet Federico García Lorca.

Otherwise, Viva la Muerte embodies a vaguely neorealist tenor with suggestions of the absurd at the fringes, producing an uncertain quality in which the film destabilizes its own clear visual stratification between its protagonist’s interior world and objective reality. It’s one of the most effective portraits of how fascism corrupts the soul and the body starting at youth—and as much as it reflects a specific time frame, government, and personal history, it’s clearly meant to transcend its moment as a formally radical and ultimately humanist rallying cry against oppression.