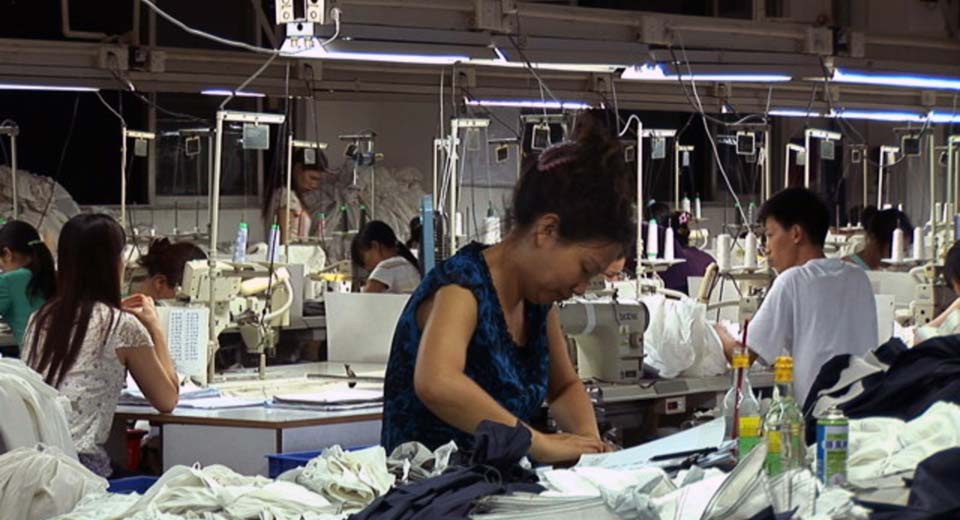 Jia Zhang-ke’s Wuyong (Useless, 2007) presents a triptych of observant documentaries concerning fashion in contemporary China. His humane and handsome images depict the world’s chief exporter of fashion, its fledgling designers and the citizens who often struggle to afford their own handiwork. The film’s political interests are blunted by an unobtrusive sympathetic gaze and Jia’s puzzling affection for designer Ma Ke, but it ultimately reveals more than it conceals, even if its articulation feels muddled.

The film’s first section follows anonymous workers in a Guangzhou factory. Jia laterally tracks past rows of young men and women hunched over sewing machines before lonely cafeteria meals and trips to the factory doctor. It’s the type of story American consumers used to fuss about during the “No Logo” 90s until fast fashion summarily equated hip style with democratic values. He leaves the factory to follow Ke, whose ready-to-wear label is produced in the Guangzhou factory even though her artistic aspirations include a separate, hand-crafted (by hunched workers not dissimilar from the silent figures of the film’s first segment) line inspired by nature and time and memory and a whole bunch of other wellsprings she pretentiously mumbles about during her interviews. After a triumphant showing at a Parisian installation, Ke drives us to Fenyang, Jia’s hometown, where she hopes to gain inspiration from poor people whose lives are “utterly different” from her own. Once there, Jia mercifully leaves her to focus on the lives and times of coal miners and the tailors who mend their clothing.

Despite its odd indulgence for Ke’s vapid artistic ambitions, Wuyong has much to show—if not tell—about the unsettling corners of the fashion industry. It’s a would-be feel-bad message doc too chipper to drag us through the muck.