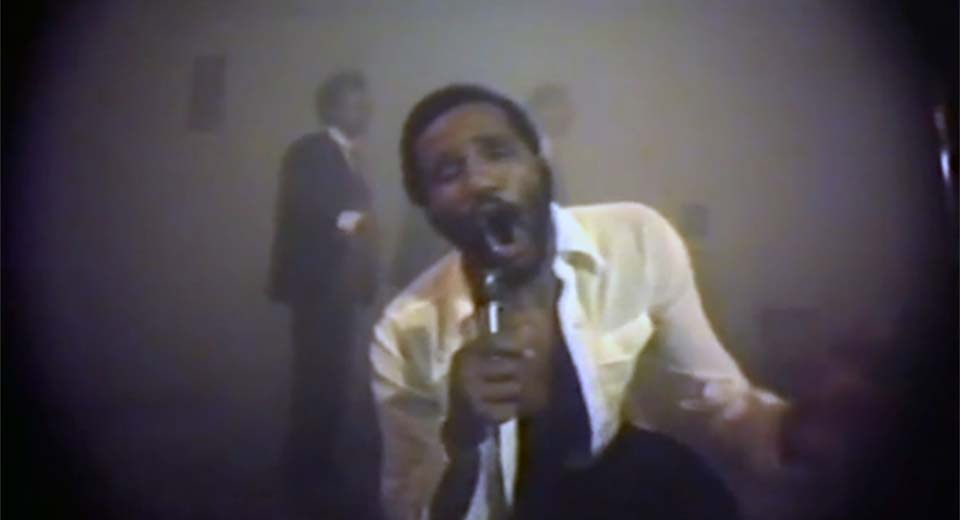 Jenkins emerged as a critical voice in the first generation of West Coast video artists. His performance-video Mass of Images (1978) continues to be cited as an important intervention into complicated histories of media, image, and race. Two-Zone Transfer (1979), made at Otis with fellow students Greg Pitts, Ronnie Nichols, and Kerry James Marshall, continues in the same vein, as a hallucinatory tour through the racialized underbelly of the American pop-cultural consciousness, zooming through the history of minstrelsy and concluding with a credible James Brown impersonation by Jenkins. Dream City (1981) is a Paik-like document of another Jenkins performance, formulated in reaction to the newly inaugurated Ronald Reagan and realized during a nearly 24-hour event at Rachel Rosenthal’s studio. Later works to be screened include Planet-X (2006), fusing news coverage of Hurricane Katrina with Nostradamic audio by Sun Ra, and Notions of Freedom (2007), a delirious motion capture-animated trip through jazz history.

In recent years Jenkins has been increasingly included in historical surveys of radical art, such as Now Dig This! at the Hammer Museum and America is Hard to See, the inaugural show at the current Whitney space, but his work is on the whole under-screened and under-discussed. Hopefully this program—planned as part of an East Coast micro-tour with dates in Troy’s EMPAC and Philadelphia—will begin to spark further interest and rediscovery.