The Two Faces of Dr. Jekyll 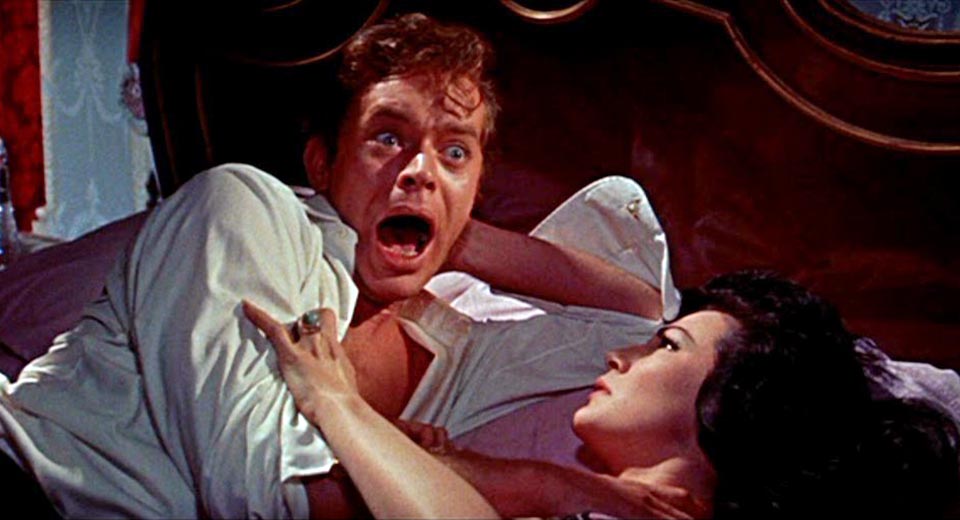 If there are beasts inside of us, it’s comforting to think they’d be easy to spot, and thus easier to disavow. Beastly transformations have always been an area of specialty for the cinema, made especially vivid in the countless adaptations of Robert Louis Stevenson’s 1886 novella The Strange Case of Dr. Jekyll and Mr. Hyde. From Jerry Lewis’s Julius Kelp to Mighty Mouse Meets Jekyll and Hyde Cat, the concept of our darker nature cut loose makes for evergreen material. During its postwar heyday, the horror unit of Hammer Film Productions specialized in mining such evergreen material at its weird moral and psychosexual margins. Hammer auteur Terence Fisher’s The Two Faces of Dr. Jekyll (1960)is no exception.

In Fisher’s telling, the scientific community has ostracized Dr. Henry Jekyll as he researches the deeper regions of the human mind. Meanwhile, his profligate best friend (Christopher Lee) cuckolds the mild-mannered, though obsessive, doctor and abuses his financial largesse. Jekyll finds refuge in his lab work, which results in a serum that unleashes his alter ego. His Hyde steadily grows in strength, eventually taking over his host at will.

The film’s centerpiece is Paul Massie’s incredible performance as Hyde, rendered not as a hirsute savage but a refined sociopath stalking fin-de-siècle London. He smiles widely, eyes shot open, whether he’s committing murder or asking a woman to dance. This Hyde is more handsome and charming than his counterpart, a forlorn betamale with an unfortunate haircut. While his Jekyll is serviceable, the Hyde half of Massie’s dual performance belongs alongside cinema’s hallowed sickos Anton Chigurh, Tommy Udo and Peeping Tom’s Mark Lewis. Jekyll sulks and struggles to connect with his wife; Hyde forces himself upon her. Hyde embodies Jekyll’s repressed resentment, becoming the Chad behind every nice guy. The result is a seedy portrait of male sexual entitlement as relevant in 2018 as it’s ever been.