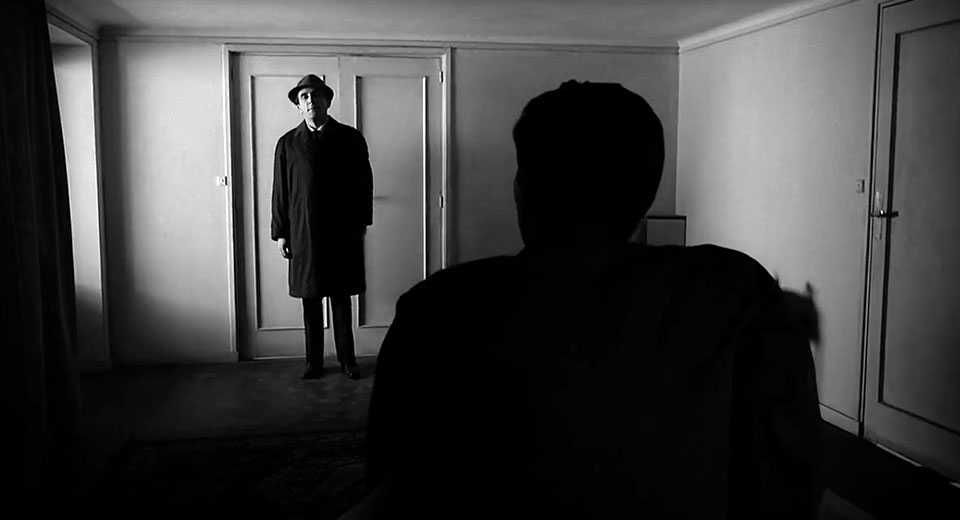 A few years back there was an internet hoax which claimed that sometime in the 1950s Orson Welles was in pre-production on a film version of Batman . There were photos from other projects repurposed to furnish evidence for the baseless lie (some from an unrealized version of Heart of Darkness Welles was actually preparing), and the Dark Knight, in the hands of the boy genius director, seemed to oddly make sense. Welles’ tendency toward fully fleshed out portraits of moral degradation and personal evil which find the villains much more interesting than the heroes (The Joker, the Penguin, etc..), his extreme camera angles, which intensify the action (imagine the Penguin in place of Welles himself in some of the low angles in Touch of Evil ), and his use of spaces and places as characters themselves (Gotham, a Mexican border town, Xanadu, the small town in The Stranger ) all seem to make him perfectly suited to bring Batman to the screen. The heartbreaking reality was the raging desires of fandom has been exploited, the willingness to believe in an appealing falsehood was put on display—the nerds had been punk’d.

Welles’ adaptation of Franz Kafka’s The Trial (enjoying a revival run at Film Forum ) seems like such a match made in heaven it could be another dirty trick by some cynical, geek-hating, bastard. Thank the god that does not exist in the work of Kafka it is not.

Kafka’s novel furnishes Welles with material for his most surreal longform film outing. The story of the Trial, which is simplified even more by Welles’ frighteningly intoned parable at the beginning of the film, is that of Joseph K, a typical office worker who is accused and arrested. However his arrest is abstract, meaning he can go about his daily life as before, only from time to time appearing for impromptu hearings. The crime: he and we never do find out, and ultimately he and we forget to ask. This conception of abstract “punishment” recalls Foucault’s vision from Discipline and Punish, where “justice” and “punishment” are moved from the site of the physical body to a more abstract place, which augments our ideas of freedom and guilt. Jospeh K is under arrest not because he is locked up but because he is classified as under arrest and he is guilty not because he has committed a punishable offence but because he is classified as guilty within a system.

The Trial is filled with wide, low ceilinged rooms where characters chatter incessantly, and move constantly across spaces and through doorways. It is a horizontal, unreal world, where the possibility for transcendence seems to be literally cut off for Anthony Perkins’ Joseph K. There is no way up and out of the absurd labyrinth, only room after room where words weave webs which only sometimes contain meaning worth holding onto. The film is both a frustrating exercise in meaningless absurdity and a breathtaking work of art which never ceases to lead the viewer into another space that seems siphoned from our dreams. The most intense and telling moment of the film comes when Joseph K finds himself in a small closet where two men (detectives he had lodged a complaint about) are being humiliated and beaten, their frightened faces intermittently illuminated by a swinging overhead lamp. In the closet, this small, hidden space, the threat of violence behind the meaningless absurdity of the bureaucratic monstrosity lives—the engine of fear which drives the system's motor of conformity and hopelessness.

Where to stream The Trial