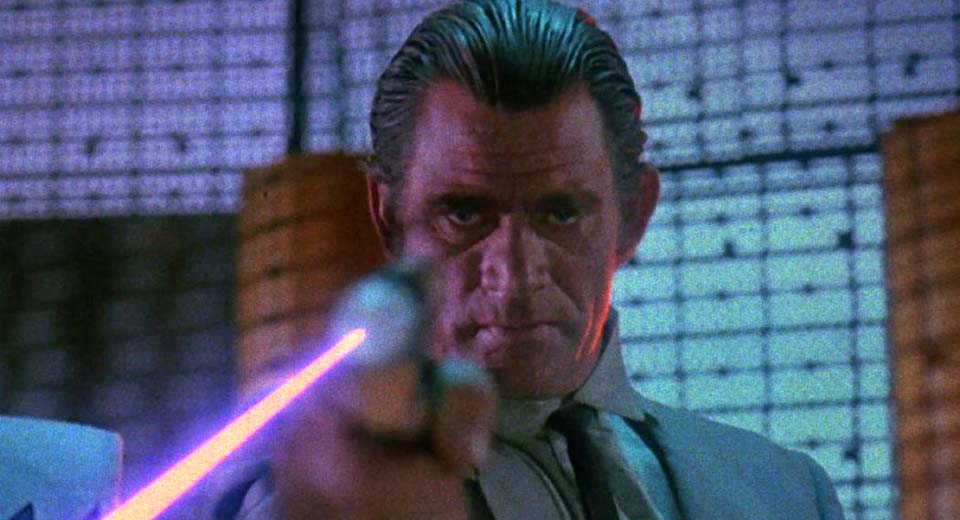 It's 2247, and the evil mastermind Whistler has been vaporized by detective Jack Deth, played with panache by B-movie standby Tim Thomerson in future-noir Blade Runner drag. Deth is listlessly obliterating the last of Whistler’s zombified “trancers” lurking around Angel City until he is summoned to the Council for a special mission: Whistler is still alive, and he's back to his path-to-world-domination ways, annihilating civic leaders one by one. Though Whistler’s body is "dead," he's discovered—and so has the Council, somehow—a method of time travel via injection that transports the traveler into their ancestor’s body, allowing Whistler to murder his enemies’ progenitors, erasing them from present-day existence. Deth is sent back to find and arrest Whistler while protecting the remaining two Council members' forebears.

In his 1985 incarnation, Deth meets and becomes enamored with Leena (a young Helen Hunt with impeccably slouchy side-ponytails and oversized sweaters), who signs on as Deth's sidekick after witnessing the transformation of her colleague—a gross mall Santa— into a bloodthirsty, sallow-skinned trancer. And that's what this movie is really all about: the spirit of Christmas, or watching dependable films featuring low-rent punk bands performing badly-ADR-ed covers of "Jingle Bells" while an anti-Terminator falls for an insanely credulous woman who will inevitably save his life at least once. There's a long-retired baseball player in need of rescue; one liners about Gilded-Age painters; attempted murder via tanning booth; and a fulsome Christmas tree in a painfully hip Chinatown apartment that belongs to Leena's out-of-town friend, who is probably very chill about strange men with greasy hair who are too busy fighting evil to change the sheets after getting laid on her bed. In Charles Band’s Trancers, the quips are quotable and the plot is blissfully simple. And it guarantees 76 truly enjoyable minutes not spent bullshitting to relatives or reflecting on the state of the nation as another New Year approaches.