Too Late to Die Young 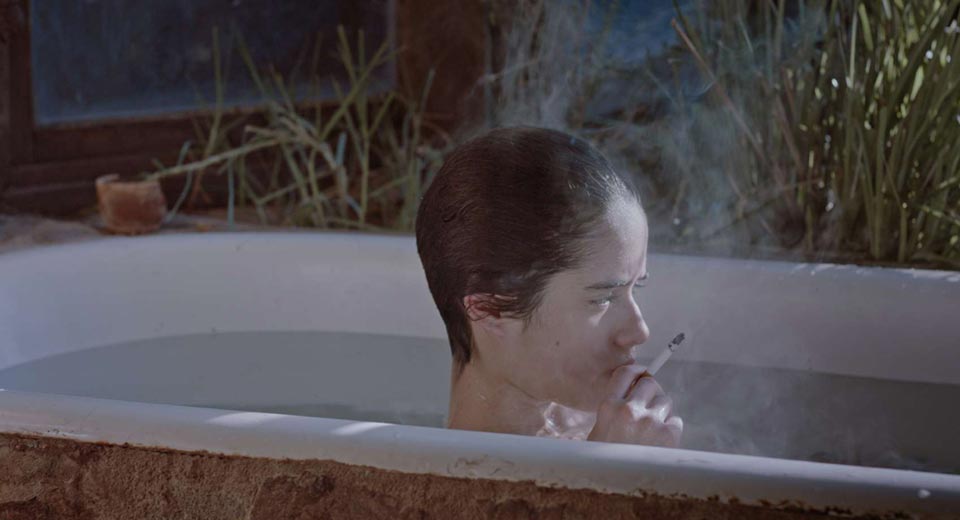 Dominga Sotomayor's third full-length film, Too Late to Die Young, for which she won Best Director at last year's Locarno Festival, features two recordings—one English, one Spanish—of Mazzy Star's velvet-voiced ballad "Fade into You." It is the post-Pinochet Chile of the 1990s, and the teenage Sofía (Demian Hernández) is apt to brood. Her large eyes, planar cheekbones, and shorn brown hair lend her a gawky grace, fit for wandering her forest home in an oneiric malaise. Surrounding Sofía is a ragtag crew of bohemian families—painters and actors, musicians and craftspeople—who have made these rolling hills an insulated paradise that, at first, seems to dwell apart from outside concerns. Children traipse half-clothed through craggy streams; couples sleep with trusting supinity in open-plan houses, through whose wooden beams golden light filters hazily, thanks to Inti Briones's deft cinematography. As in the films of Lucrecia Martel, it is hard to pin down who belongs to who, but the muddled relationships only heighten the sense of a sprawling utopia.

Edens are often erected to be razed. Unexplained crimes—break-ins, redirected water pipes, wildfires with no set cause—disturb the saccharine surface. Debates rage over introducing electricity into their frangible world. A beloved dog goes missing and, when it resurfaces, seems a changeling. Crises are always, first with confidence and then with wavering, uncertain voices, attributed to "outsiders." Sofía, meanwhile, yearns to leave the rural landscape of her laconic father for her divorcée mother, a famous singer in the city; and she circles a crush on an older, feckless man as if unable or unwilling to escape his orbit. All these frayed strands find their endpoint in a dead-of-night New Year's fête: an occasion with enough flint to start the emotional and actual conflagrations that could, perhaps, inspire new growth.