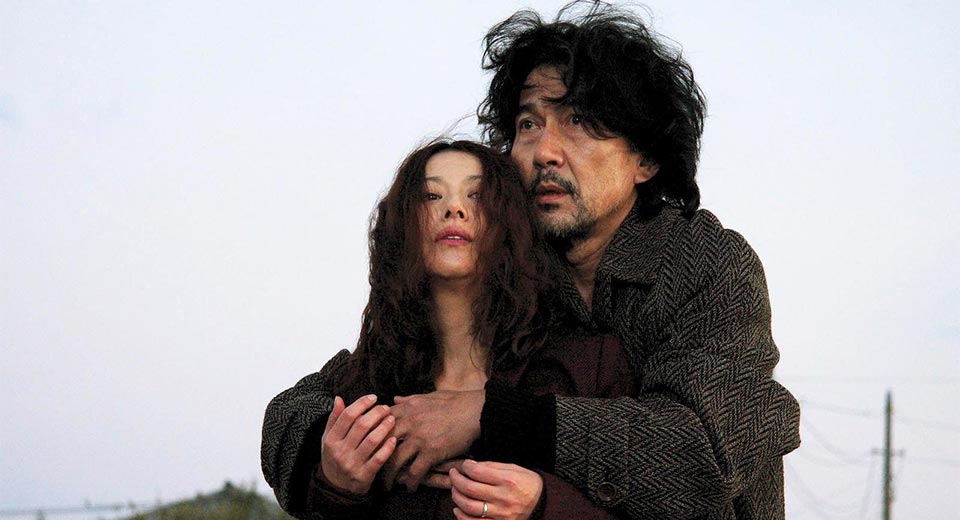 Those only familiar with Kiyoshi Kurosawa's horror films will have expectations pleasantly defied by his 2008 family drama Tokyo Sonata. Though Pulse and Cure brought him worldwide recognition, they're but facets of Kurosawa's career-long examination of defective human connections.

Opening on a torrential storm flooding the Sasaki home, the film jumps to its metaphorical cause - inflexible company man Sasaki Ryûhei (Teruyuki Kagawa). He walks away from his career rather than consider changing to anything beyond administrative management, as much a rigid inability as his stubborn refusal to acknowledge it. Long unemployment lines and parks where salarymen outnumber the homeless show downsizing isn't a problem unique to Ryûhei, and seeing his younger son Kenji confront a hypocritical teacher, neither is the desperate need for men to maintain a pretense of authority.

Ryûhei hides his joblessness from his family with help from an old college friend, who's already months into maintaining his lie. The friend's chipper, confident demeanor masks the same brittle machismo that's the sour heart of everyone's problems. Ryûhei's wife Mezumi (Kyôko Koizumi) watches with learned helplessness as her husband acts a petty dictator to their two sons. It's a mood that extends to everyone, from the older son's friend asking, "When's that massive earthquake coming? The one that'll turn everything upside down and beat up all those arrogant bastards?" to the police officer willing to throw a kid in jail for fare-jumping.

Spotlighted by the Film Society of Lincoln Center series "The Female Gaze", Akiko Ashizawa's partially obscured framing and gently floating long shots add an uncomfortable intimacy to the growing tension, with still shots adding their own form of dry humor. The pressure building in the family reaches a deadpan comic breaking point as everyone's brutally, ridiculously snapped out of their lives. It's fitting that Kenji, showing an emotional maturity beyond the older generation throughout, provides the film's grace note of undeniable beauty.