Throw Away Your Books, Rally in the Streets 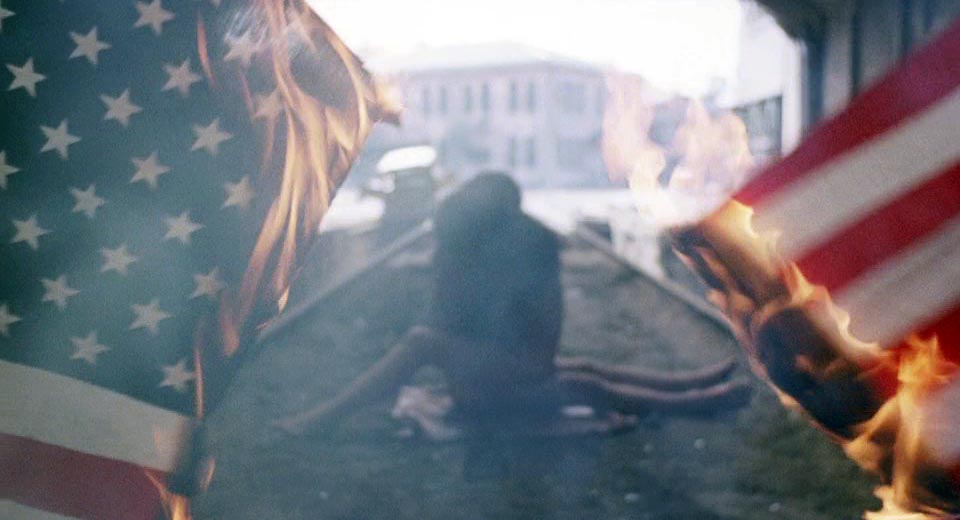 Somehow both inscrutable and insistently obvious, Throw Away Your Books, Rally in the Streets is the Shūji Terayama master film: a quasi-episodic synthesis of his anarchic pop-art shorts and a proto-punk coming-of-age narrative about a disaffected teen’s warped family life. It's like Terayama’s Art Theatre Guild forebearer Ôshima cranked to eleven, and it's as audacious, experimental, juvenile, tedious, and thrilling as one might suspect. Brilliant passages play alongside affected or trite gestures; one is bored one minute, wondering why all movies can't be this fantastic the next, and eventually growing suspect of its self-styled brilliance; and at last, recognizing all the movements it’s pulled the viewer through, the movie starts trolling the audience by teasing it's ending at least 30 minutes early and breaking the fourth wall to offer a didactic rundown of its own thematic preoccupations. (They basically boil down to the title.)

By rattling off these kinds of films’ most outré scenes, critical summaries can sound a lot more provocative or thoughtful on paper than the movies are in execution, and I suspect that would be the case with much of Throw Away Your Books. In some of its best moments, it reminds me of something like an unhinged audiovisual progenitor to Iggy Pop’s “Turn Blue” off Lust for Life—discrete scenes soundtracked by psychedelic soul that gradually builds to an epic crescendo while a rhythmic spoken-word monologue reaches a hysterical, primal yowl. One such moment—an out-of-focus silhouetted close-up of a man backlit by vibrant, creamy and pastels rocking back-and-forth as he describes his stuttering speech in the cosmic context of the sun, peace, resistance, love, and the war in Vietnam—is as beautiful, heartbreaking, and hilarious as anything I’ve seen in a movie theater this year. If Throw Away Your Books has a dominant mode, it’s catharsis: ebullient, tortured, hard-wrought, screaming, painful, absurd, and transcendent. It’s far from perfect, but in the spirit of trolling one's audience: it’s more fun and deeply felt than any Godard movie I’ve seen.

A final note about Anthology’s screenings—the 35mm print imported from Australia proved so elusive that the organizers nearly had to omit this eponymous film from the Throw Away Your Books: The Films of Shūji Terayama retrospective. It is truly pristine, and tonight’s the final screening, so if you’re gonna see it, do it now.