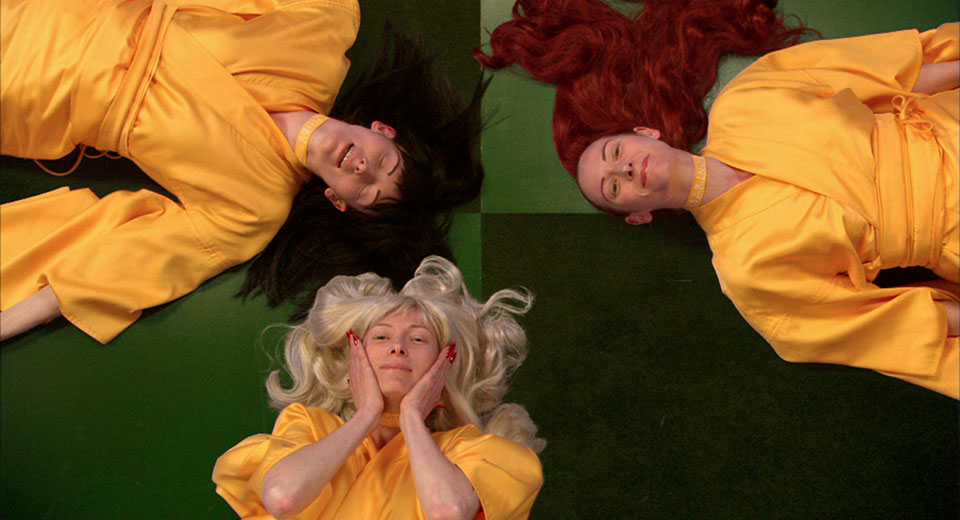 The work of Lynn Hershman Leeson, spanning fifty years and crossing the wires of gallery art, performance, programming, and filmmaking, is a kind of cyborg. Pulling influence from the biological and computerized abstraction, Hershman Leeson puts tension on the lines between the natural and constructed, the sincere & piss-taking. What is ‘real’ in her pieces often gets scrambled, and in the aftershock of a Leeson encounter—a Flash-animated toilet swirlie of prankster camp and the highly earnest—one is left with the liberating sense that, truly, everything is permitted.

Supported by an A.I.-based installation piece—still maintained on the internet—Hershman Leeson’s 2002 feature-length video Teknolust is a brain-jacking bit of sci-fi both definitely of its time and prophetically ahead of the net art curve. Reserved, virginal geneticist Dr. Rosetta Stone (played like an anchor by frequent collaborator Tilda Swinton) lives a shadow life as the creator of “Agent Ruby’s EDream Portal,” a proto A.R. chat room hosted by the sentient program which gives the portal its name. Lonely, net-surfing souls pay top dollar to live out their fantasies with Agent Ruby . . . but this is just the tip of the hologram as we discover that Ruby is no mere software, but occupies reality (or something like it) in a private green screen dormitory alongside her two color-coded sisters, Olive and Marinne (all of them also played by Swinton). What’s more, these creations of Dr. Stone’s are in desperate need of the organic material that keeps them alive — material, apparently, found only in human sperm.

From here, logic and nonsense get gleefully Frankensteined into one virus of a film that has everything: espionage, a cross-species STD which leaves its victims both sterilized and barcoded, an impossibly inept copy machine technician (Jeremy Davies, acting like he has just woken up from a nap), and even Karen Black as a sleuth named “Dirty Dick.” Its technology endearingly obsolete (those iBooks!), Teknolust feels, for all of its many rough edges, ageless — not only in its Feminist exploration of Swinton’s dizzy switches of performative identity, but in its honest quest for the limits of human connection. Despite the dense, often confusing goings-on, Hershman Leeson seems most concerned with the dissociations of a social media-defined era still yet to come, and the film’s suggestion that real intimacy has nothing to do with our bodies sounds even more plausible, and provocative, with the passage of time. To paraphrase Ruby herself, it knows a lot for a bot.