A Tale of Love 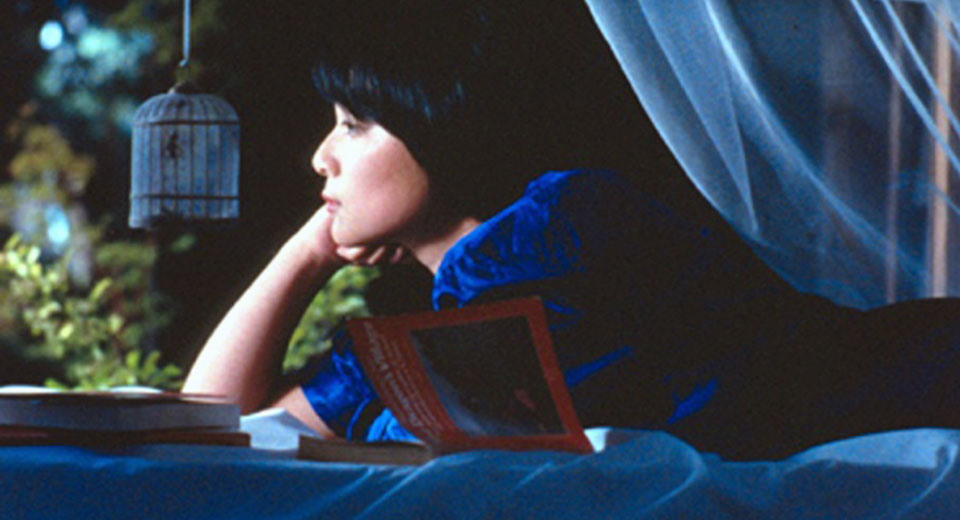 One of my favorite things to do is read reviews of cerebral, metafictional art films by interdisciplinary theorist-artists, such as Trinh T. Minh-ha's A Tale of Love (1995), in back issues of Variety. Staff writer Leonard Klady did not have a good time watching Trinh's film, penning a takedown whose tone sounds almost offended: "[F]inding more than a rarefied audience for this feature-length discussion of art, emotion and tradition is out of the question." In Variety's colorful house style, he accuses the film of having "a narrative pace well below the legally posted speed limit." Besides conjuring the intriguing notion of a police force that enforces Hollywood's aesthetic guidelines, this observation—meant as an insult—points out one of the film's chief virtues: its meditative slowness. Not slowness-for-its-own-sake à la Tarkovsky, but for the sake of critical engagement. Indeed, A Tale of Love would be a film made for criticism if it didn't already critique itself.

Trinh's protagonist is Kieu (Mai Huynh), a freelance writer working odd jobs around Berkeley to make ends meet—"Already 30 and still drifting," says her aunt (with whom she lives), proving that millennials aren't the first generation to face this problem. She does sex work, poses for a skeezy photographer, and takes house cleaning gigs, writing furtively at night. Since she works nearly around the clock, Kieu finds ways to be less alienated during her labor hours, e.g. by engaging her john/photographer in theoretical debates about voyeurism and the male gaze. "You don't want a nude, you want a woman without a head," she says, then lectures him on how headless women appear frequently in representations by men, "from the ancient Egyptians right up to Adam and Eve" (she could've thrown in R. Crumb for a more recent reference).

Some movies carry you along like a stream, others envelop you like a bath. A Tale of Love is not kinetic; instead it wraps you in a feeling, generated in large part by its soft primary color lighting with geometric gel accents and the plaintive solo flute moments in its score. It's a film that flirts with avant-gardism, with its central couple's creepily hyperarticulate roleplaying, its Straubishly stylized dialogue, and its Godardian moments of dissonant feedbacky score swelling to overpower academically speculative monologues.

Note: A Tale of Love's co-director (and longtime Trinh T. Minh-ha collaborator) Jean-Paul Bourdier is a photographer whose own work is worth a look.