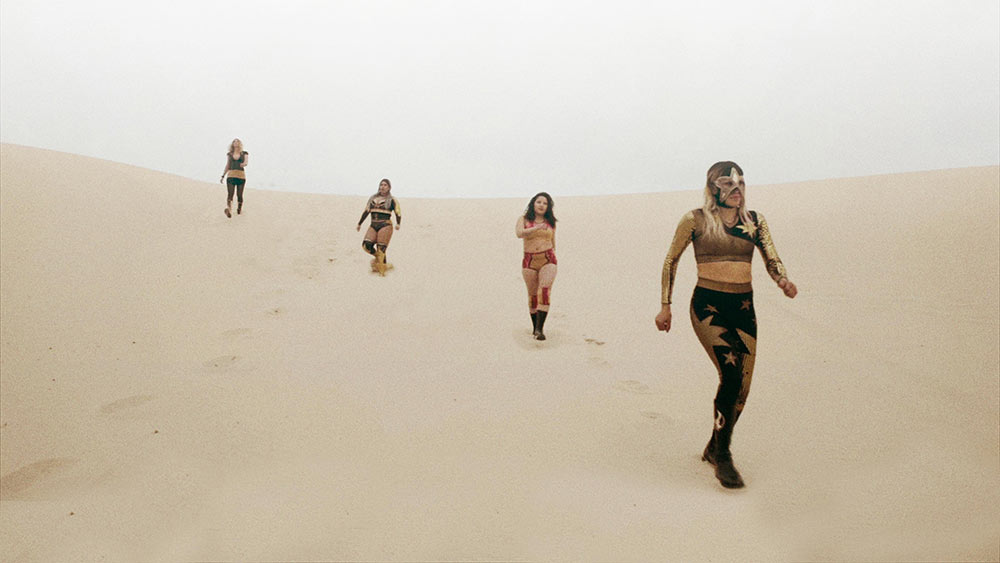 For our first-ever SXSW coverage, Screen Slate’s Cosmo Bjorkenheim and Jon Dieringer are on the virtual scene of the festival's inaugural online edition. What follows is a selection of short capsules of noteworthy narrative and documentary features and shorts that we've seen.

This three-hour-plus international survey of the heretofore under-theorized genre of folk horror demands a word like “magisterial” to describe it, not only because it’s exhaustive (although, as someone who’s not a folk horror scholar, I can’t say exactly how exhaustive) but also because of its tone. Interviews with dozens of experts, from Soviet film historian John Leman Riley to Latin literature PhD Howard David Ingham, are intercalated between clips from hundreds of more-or-less obvious entries in the folk horror canon (The Wicker Man, Onibaba, Mario Bava’s Black Sunday AND Black Sabbath, as well as more recent films like The Witch, Hagazussa, and La Llorona). Some of these scholars are possessed of a very authoritative bearing, such as author Jonathan Rigby, whose locution is so patrician that he’d be well-cast as a powdered sybarite in a period piece set in Georgian England. All this lends Kier-La Janisse’s film an air of trying to be the last word on the subject, but in other ways it feels like it’s offering the merest peek into this fruitful generic framing device. (CB)

Styled as a reboot of the “Black ABCs,” a series of flashcards designed in 1970 by two Chicago teachers to empower Black schoolchildren, Topaz Jones & rubberband’s 38-minute short has amazingly nimble pacing. Some chapters (such as “P is for Playfight” and “W is for Worldstar”) are TikTok-sized at mere seconds long, while others regard their subjects with patient curiosity. “E is for Education,” for example, lingers on Montclair, NJ, middle school history teacher Rodney Jackson until he’s finished explaining why educators like him have the responsibility to revise the vocabulary used in teaching US history (don’t say “slaves,” say “enslaved people;” don’t say “plantations,” say “prison labor camps”). Or like Kaity Rodriguez, former Miss New Jersey USA and now a LCSW promoting better access to mental health care in Black communities. (CB)

A brief but pungent study of cringey behavior in a very white drama school with only one Black student. Very little happens, but what does happen has the kind of double-facepalm-inducing effect of a real improv class. It’s becoming harder and harder for me to imagine how any acting class could avoid inflicting some form of emotional damage on everyone involved. If you’re a masochist (loosely defined) and want to experience 764 more minutes of extreme discomfort as a fly on a black box theater’s wall watching actors trying to be “authentic” and succeeding only at fooling themselves, watch Jacques Rivette’s Out 1. (CB)

This largely German-funded narrative doc follows four luchadoras in Ciudad Juarez and shows how their sport is intertwined with the local anti-femicide movement. There’s a contradiction at the heart of life in Juarez: in the words of Lady Candy, a bruiser in the ring and a literal undertaker during the day, Juarez is “the most dangerous city in the world,” while El Paso — separated from Juarez by “a simple fence, like the one I have at home” — is the safest. The film is at its most polemical when it frames these women’s combat training against the constant danger of gender-based assault; the German-born lucha trainer Miss Kath emphasizes that it’s all about self-defense, and some of the more militant fight promoters bill the women’s matches as a step toward smashing the patriarchy. Perhaps its least polemical — and most touching — moments are Baby Star play fighting with her 4-year-old daughter and Mini Sirenita (so-named because of her dwarfism) getting her hair bleached by a friend in preparation for a high-profile match. (CB)

If Woodlands Dark does a great job of elaborating the idea of folk horror, then Gaia makes a solid contribution to the burgeoning genre of eco-horror. Annihilation unavoidably comes to mind — with sentient fungi sending spores into people’s lungs and fruiting through their skin — but so does a previous generation of cautionary tales about the jungle, like Cannibal Holocaust and even Predator. This is also the first time I’ve ever heard the anthropocene explicitly mentioned in a narrative fiction film, which is probably some kind of milestone. Although the rewilded ex-scientist who has dedicated himself to the ancient forest deity ultimately turns out to be a madman, we can be forgiven for being swayed by some of the lines in his manifesto: “Every day the human habitat resembles more closely a cage,” and “Three hundred years ago, we started the industrial revolution — nothing less than a declaration of war” struck me as things I might have said when I was a young vegan anarchist (and who truly grows out of that phase?). (CB)

To young viewers, Kevin Smith is probably best known as a trailblazer of a certain kind of over-sharing, often cringe, and occasionally endearing celebrity social media persona who also happens to make little-seen films like Tusk and Yoga Hosers. (There is of course this.) But for elder millennials and up, Kevin Smith’s no-budget, discursive Clerks seemed revolutionary, no matter how embarrassing it may feel to admit in retrospect. While acknowledging the disconnect between Smith’s earlier critical champions and subsequent work, the biographic documentary Clerk is uninterested in diving too deeply into Smith’s relationship to what he calls “the intelligentsia.” Amy Taubin, in the earliest piece written about Clerks, wrote that “it makes absence of style a virtue in its depiction of blue-collar suburban depression and desire.” But many critics and viewers (including my younger self) failed to grasp that while Kevin Smith has an ear for the honest conversations of Middle American working stiffs about popular culture, he is probably less interested in the discourse than the subject: comic books, superheroes, Hollywood films, etc. Clerk makes a case for Smith’s role in the resurgence of Marvel as a dominant cultural force, as well as his early savvy for connecting fans over the internet. Much as it has been said that exploitation films provided the template for the Hollywood blockbuster, the ecosystem of Kevin Smith’s View Askewniverse, Ain’t It Cool News, and mainstreaming of geek/fan culture showed Marvel the way. (AICN is left out of the documentary, although Harvey Weinstein is discussed in all-too-brief.) At one point in Clerk, Smith marvels that the characters Jay & Silent Bob made their way into average American households; but it’s probably Smith’s mindset and worldview — his unquestioning celebration of the Epic Baconing and Funko Popping of the culture — that is most familiar. Clerk points toward this but doesn’t interrogate it; in the Smithian mold, it’s content to simply be a hangout fan film. (JD) 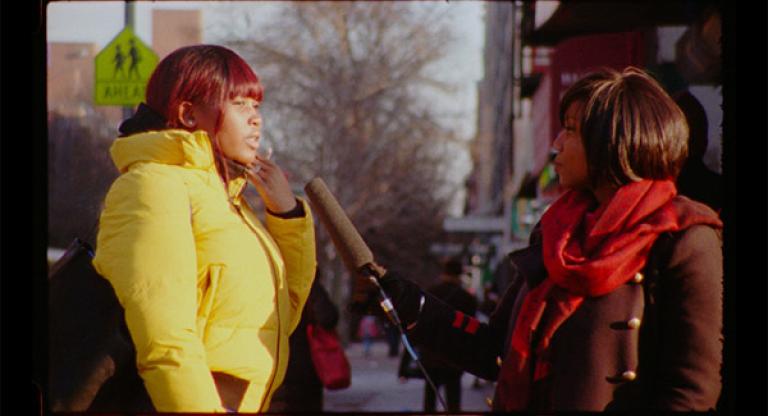 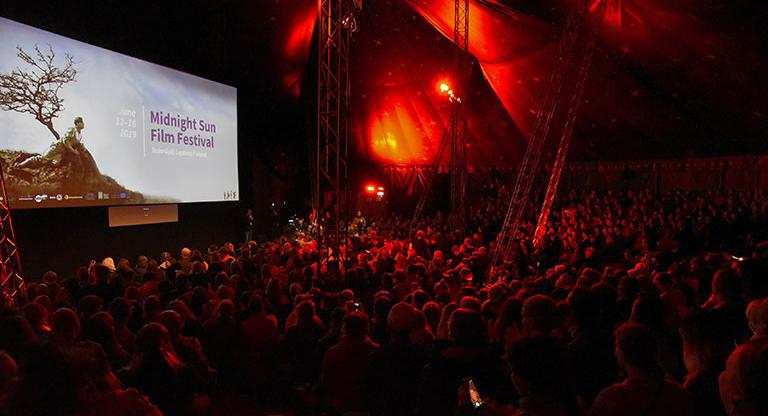