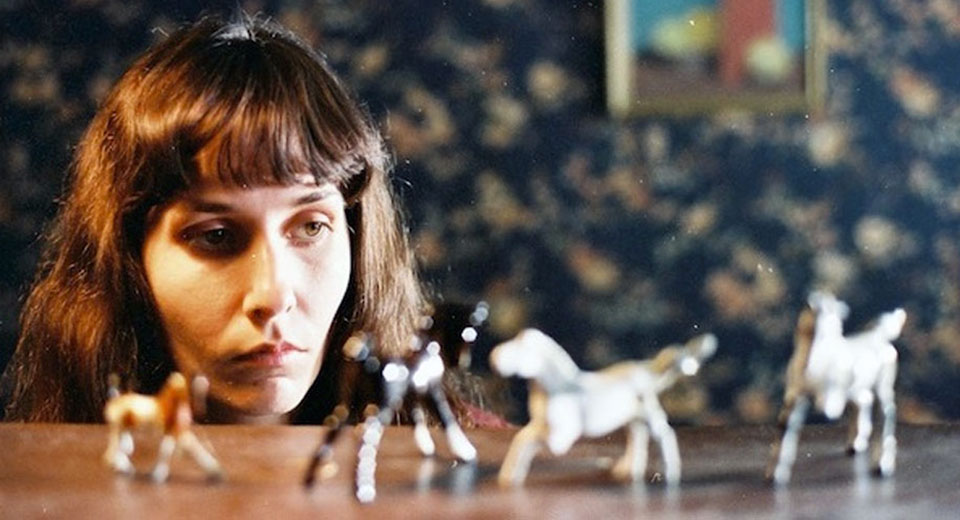 Jane Campion’s debut feature, Sweetie , is a lesson in intention, in strong choices, in the development of a voice, in the expression of a perspective—all the things we look for in a great work of art. Nowhere is this more apparent than in the very first frame, in which the film’s protagonist Kay (Karen Colston) is introduced; a single from an angle as disorienting as its dialogue. Kay appears floating in the foreground, lost in thought, against a flat floral pattern (later revealed to be a carpet), but the slanted shot tells us all we need to know: something is askew.

That something is Kay’s dysfunctional family dynamic, made manifest in the flesh by Dawn, her self-destructive sister, nicknamed “Sweetie” (the gloriously charismatic and uninhibited Geneviève Lemon). Sweetie arrives on the scene unannounced, after what appears to have been a long hiatus, which Kay must have known would never last. Dawn couldn’t have picked a worse moment to interfere, descending upon Kay the day after she and her live-in boyfriend diagnose their failing relationship as “spiritual” and prescribe themselves a “non-sex phase.” Dawn, by contrast, is the epitome of sensuality and the opposite of spirituality—all appetite and no intellect, much in the way a 2-year-old child behaves upon learning the words “I want!”

But, as Sue Gillet so aptly put in her 1999 Senses of Cinema essay, something even more sinister is at play, “in a family where husbands are sons to their wives, and daughters are wives to their fathers, where mothers and daughters are rivals and the father a destructive child.” That strange and secret something is what drives Dawn up a tree (literally), and the film to its grim conclusion, but not without its fair share of playful humor—expressed beautifully through Sally Bongers’ irreverent, impeccable cinematography. Bongers’ camerawork alone makes the film worth watching, but combined with Campion’s wild and singular screenwriting, the images become iconic. Best to stop here and see for yourself. Sweetie doesn’t simply tell you how to feel or what to think, it asks you to interpret.