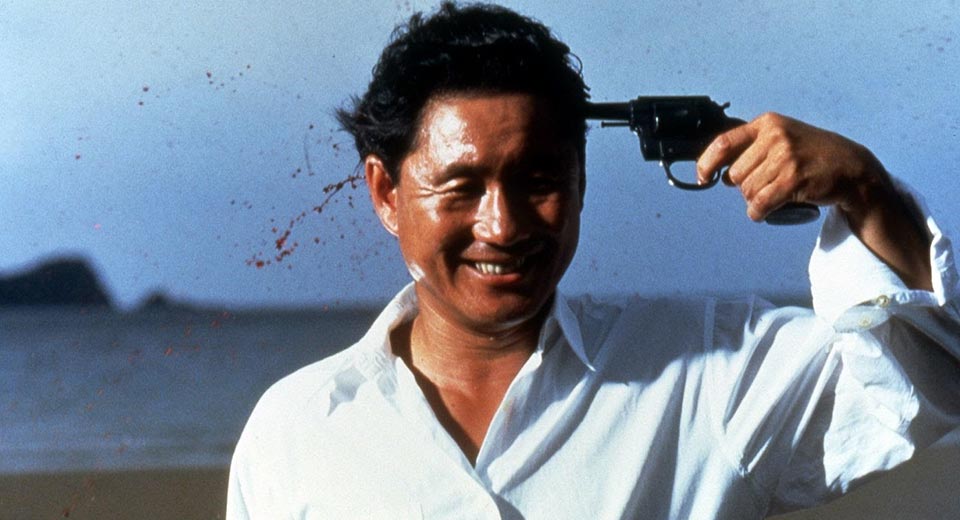 Writing for The Village Voice in 1994, film critic J. Hoberman spotlighted a Japan Society screening of Takeshi Kitano’s Sonatine , lamenting “Where are the distributors? When is someone going to give this man a retro?” It was only Kitano’s fourth film at the time, but it was already evident that he was worth serious consideration and exposure.

Since then the comedian-actor-writer-director-etc. has become one of Japan’s most famous and well-regarded cultural exports and perhaps the most ubiquitous celebrity in his home country. Even so, screenings of Kitano’s films are hard to come by, even in NYC, so the Metrograph’s all-35mm, 11-film retrospective is a cause for celebration.

Tonight’s film, Sonatine , is among Kitano’s most perfectly-realized films and the first to bring him international attention before the release of his huge breakout success Fireworks a few years later. Kitano plays Murakawa, a world-weary Tokyo yakuza considering retirement who is ordered to help settle a dispute involving an allied gang in Okinawa. Murakawa is a little wary of the assignment, but he goes along dutifully. Upon arrival, however, he discovers there is no actual conflict and he and his men are soon ambushed by a local gang. They flee to a remote beach house to hide out and figure out their next move, spending days playing games in the sand. When it becomes clear that they are being targeted for annihilation Murakawa takes matters into his own hands.

Kitano’s take on the yakuza genre, traditionally relying upon the conflict between a stoic hero’s duty and his personal sense of honor, is more akin to Samuel Beckett than any Ken Takakura-starrer. Murakawa, like many of Kitano’s stone-faced protagonists, goes beyond stoicism to complete inaccessibility—attempts to psychologize him are teased through dream sequences, subjective point-of-view shots, and cryptic dialogue, but his motivations remain opaque at best. His trajectory, like all the film’s characters, is one towards death, though his reaction to that reality is mostly left to silent, blank offscreen stares and long moments of inaction.

But the film seems to suggest that even when facing such a nihilistic reality there can be moments of levity—when death is held at bay or even turned into a game. These are presented in the film’s beach scenes when, left with nothing to do but wait, Murakawa and his crew wrestle, shoot bottle rockets, and laugh within the utopian, liminal space of Okinawa’s coast. Though they serve no narrative purpose, these are among the film’s most memorable scenes. Perhaps most affecting of all is the image of Murakawa, gun to his temple in a game of Russian roulette, grinning ear to ear. It’s a moment that perfectly encapsulates the film’s meditation on death and further suggests Kitano’s mischievous willingness to take huge risks as an artist.