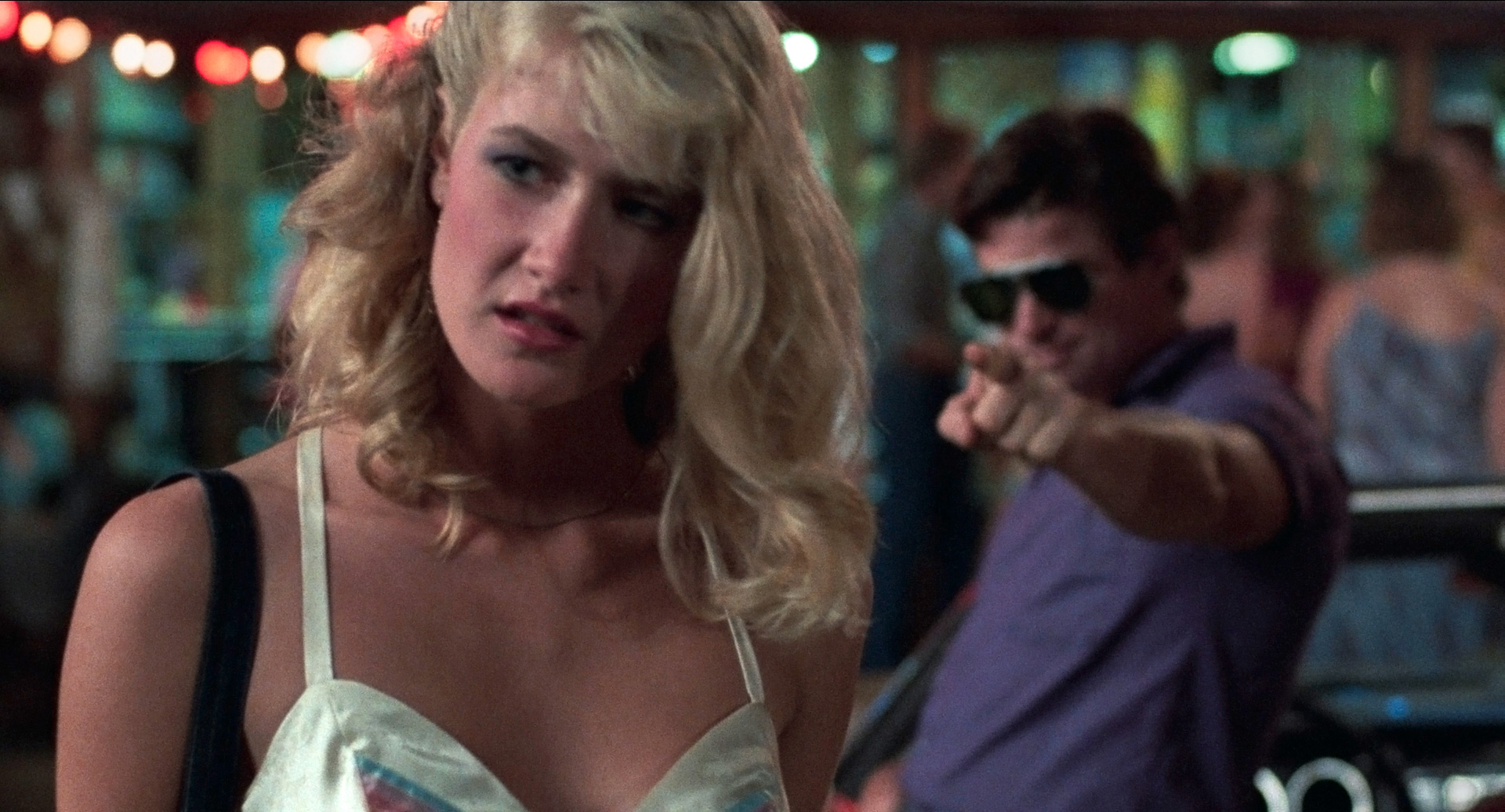 “I look at you — I look right in your eyes and all I see are a bunch of trashy daydreams.” Katherine (Mary Kay Place), shrinking with worry and jealousy, delivers these stinging words to daydreamy 15-year-old Connie (a radiant early-career Laura Dern) — one of the many instances of their strained mother-daughter relationship in Joyce Chopra’s Smooth Talk. Working from Joyce Carol Oates’s short story “Where Are You Going, Where Have You Been?,” Chopra, already an established documentary filmmaker at the time (her film Girls at 12 inspired many scenes here), peers into Connie’s rich inner world for her 1985 narrative feature debut, newly restored and re-released.

Smooth Talk exists between the two questions in Oates’s title, which pang with parental nagging and possibility, menacingly lingering beyond the parameters of home. Connie walks the wire of these close encounters of youth, becoming brave enough around her girlfriends to hitchhike, skittishly flirt with older boys at the mall, and sprint across the highway to the ultimate destination: Frank’s, the burger bar where all the cool older kids hang out at night. While cautiously free-spirited around her peers, at home Connie is as reactive as she is starry-eyed, always listening to the radio and fantasizing about the next outing. Whether at the mall or Frank’s, everything is a runway to try on a version of what she hopes to be.

When she is finally alone with a boy, Connie would rather share her musings: the actual crossing of the line from dreams to reality is uncomfortable and, well, trashy. She likes best the boy who sang to her and held her, a romanticized version of courtship from the songs she sways to in her room. The radio and the jukebox give her confidence and comfort in social situations, communicating complex feelings she cannot yet express, but is dying to feel.

Slick, radio-friendly pop rock from James Taylor (the film’s musical director), Rachel Sweet, and Franke and the Knockouts serves as an emotional anchor for and between the characters and as escapism, but mainly for establishing the illusory tone of safety in Reagan-era suburbia. Oates herself was inspired by Bob Dylan, particularly “It’s All Over Now, Baby Blue,” while writing this story in 1966, as well as the murders of multiple teenage girls in Arizona that same year. It’s worth pointing out that Chopra steers clear of the true crime angle, opting for tone over explicit visuals to rack the nerves.

By the time the mysterious Arnold Friend (Treat Williams) pulls up to Connie’s house sans invite, the saccharine 80’s ballads feel weaponized. Friend is older and more confident than the other boys and talks fast; and with his gold convertible, aviators, and unwavering smile, he is also one of the scariest characters of fiction. With a steady cadence and salesman-like assuredness, his strange and confusing entrance is paralyzing. The violence of Friend’s words seems surreal under Connie’s childish giggling, her attempt to move the conversation along through the awkwardness. The mood slowly warps and in one of the most harrowing sequences on film, we watch Connie realize that "nobody talks like that" in the world.