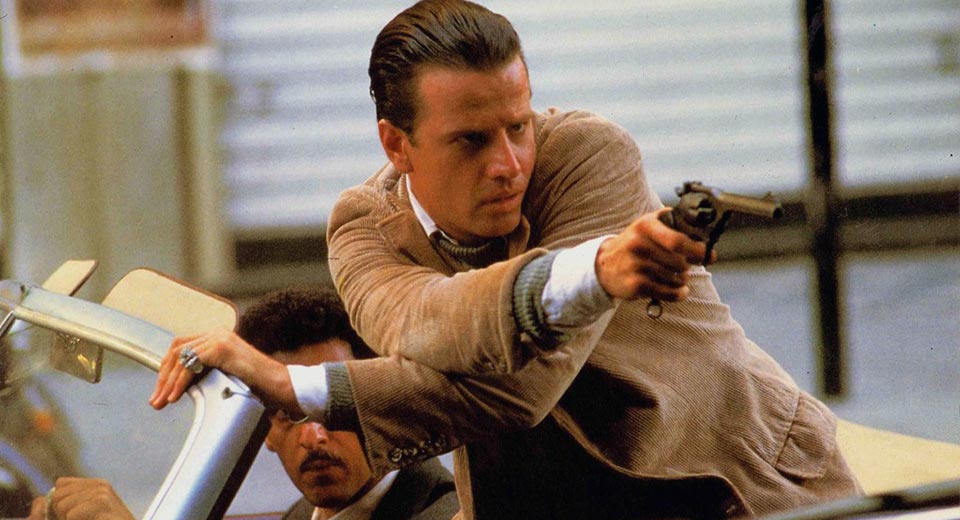 If there's a historical figure so audacious and tragically flawed that a heroic biopic was inevitable, it’s Sicilian separatist bandit Salvatore Giuliano. But if there's a biopic so nuanced and beautifully realized as to foreclose the possibility of a worthy remake, it's Francesco Rosi's eponymous 1962 film. Unfortunately, conditions conspired to make a big-deal production of Mario Puzo's pseudo-prequel to The Godfather seem profitable to a couple past-their-prime producers, who brought in The Deer Hunter's once-worshipped director, Michael Cimino, to lend it dubious clout. The result is not quite a remake, not quite an adaptation (due to rights issues, the script couldn't mention the Corleone family), but it is quite an obvious political and aesthetic faceplant for Cimino. The Sicilian (1987) could have been—after the career-torpedoing Heaven's Gate—his comeback masterpiece, but it ended up a comical example of the time-honored Hollywood tradition of transforming dramatic historical material into an incidental backdrop for a facile love story.

Christopher Lambert, as the titular hero, looks like a character from Night at the Museum 4: Madame Tussaud's. Add to his fake tan his vague accent—somewhere between Italian and maybe Polish—and you've got a Salvatore Giuliano about as charismatic as an unsprouted Chia Pet. And because her lines were dubbed over, Barbara Sukowa’s Connecticut-born duchess (!) sounds neither American nor German, but—in L.A. Weekly critic F.X. Feeney’s words—“like a stewardess.” This is a kind of soft colonialism; non-Anglophone characters are forced to discard their own language and to speak English in their native accents. In The Sicilian, even the political graffiti on the flaking walls of Palermo is in English.

Salvatore Giuliano carefully cultivated his own legend throughout his campaigns, and the script thoroughly exploits his proclivity for boasting. Surviving a carabiniere-bullet to the gut has convinced him of his God-given miraculous powers. He compares himself to Jesus and Alexander the Great and thinks he rivals the Church and Mafia in popular influence. What’s he going to do? “Save the world—what else!”

Cimino’s film takes Giuliano’s moniker “the Robin Hood of Sicily” and all but eliminates the crucial “of Sicily” part (for example, there’s no mention of the EVIS, the separatist army that Giuliano was recruited to lead). The movie’s got its merits though. The landlord villains are portrayed with a grotesque haughtiness worthy of Georg Grosz or Leonid Trauberg; in a long tracking shot that follows Sukowa through her mansion as she flings off her horse-riding apparel while a little Sicilian maid silently picks them up, the simmering class-hatred needs no underlining.

Legal scandals (Cimino sued the producers for final cut and Gore Vidal for a screenwriter credit) gave The Sicilian more attention than it merited, but over time it’s been forgotten, and despite its sins it’s ripe for rediscovery.