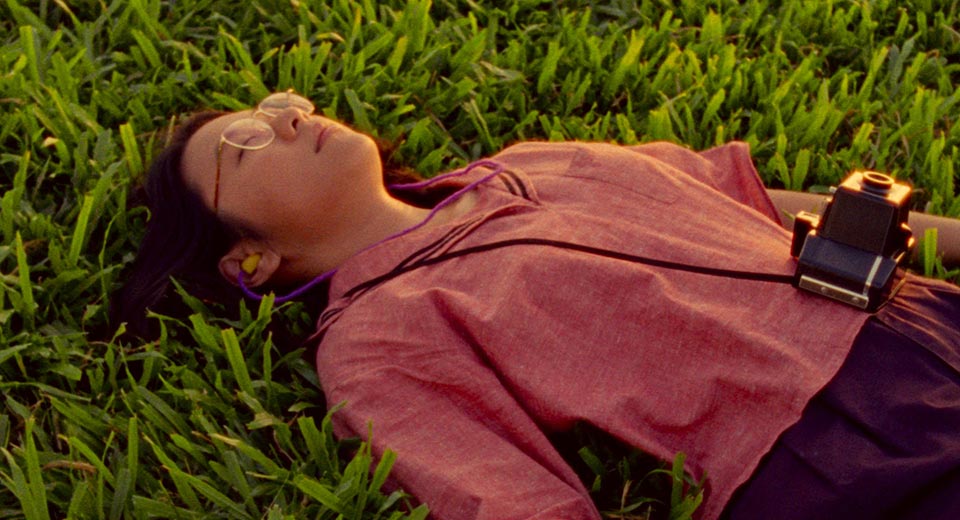 With an ever-mutable skyline under constant development, Singapore has been characterized as a “city of forgetting.” So there’s an added sense of fascination to the inherently romantic notion of the lost or uncompleted film when it relates to the island city-state – even more so when it is an independent film made by teenage iconoclasts hailing from a place that has been historically forbidding to counterculture. (Among the things Singapore has banned are chewing gum and performance art.)

Shirkers was to be a 16mm post-punk road movie – set in a surreal version of country that can be driven across in fewer than 40 minutes – written, produced, and shot by a trio of young zine-making, tape-trading female outcasts. These women had found their tribe in each other. And they felt they had found a mentor in George Cardona, an idiosyncratic educator and cinephile who became a friend, confidant, co-conspirator, and the nominal director of Shirkers. But when the film was completed, Cardona abruptly ghosted with all the footage, leaving no trace.

That the colorful, psychedelically stylized footage of the original Shirkers appears throughout writer/star/ringleader Sandi Tan’s documentary of the same name broadcasts some kind of resolution early on. But the film is pervaded by an alternately whimsical and agonizing sense of mystery, one steeped in contradictions of accomplishment and missed opportunity – and the enigmatic figure of Cardona, one of the most devious and compelling antagonists in recent documentary. The legacy of Shirkers's production looms so large within Singapore’s small film community that its influence is spoken of as though it were a completed work. But in its present form Tan has reinvented it as one of the most beguiling and electrifying nonfiction films in recent memory.