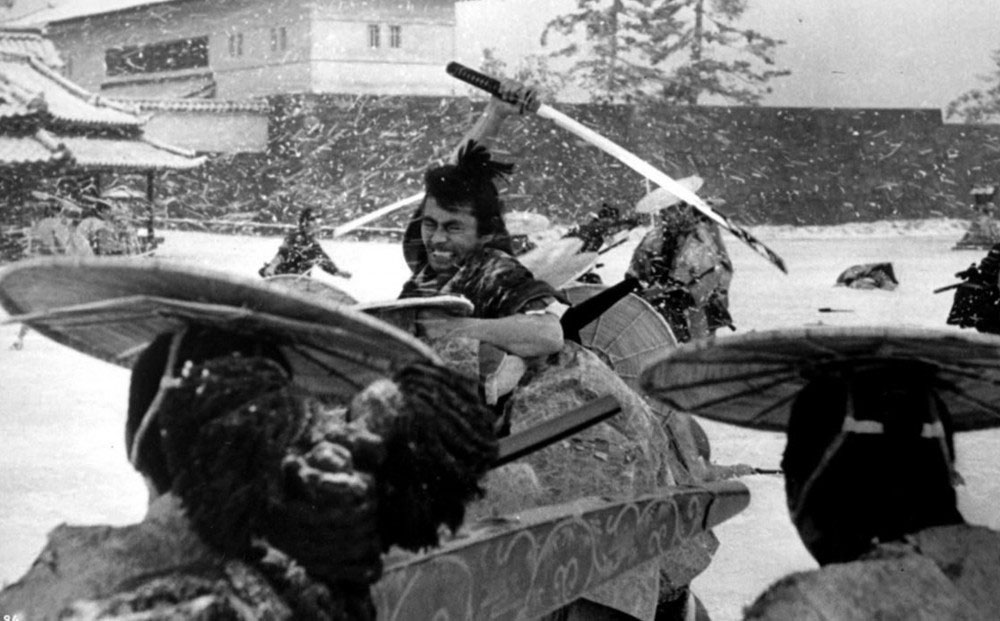 Next to Akira Kurosawa, the second-most represented director in Film Forum’s thirty-three-film Toshiro Mifune retrospective is Kihachi Okamoto, a fellow Toho studio stalwart who worked across many genres but made a name for himself as a specialist in action films with exceptionally well-choreographed violence. Of these, The Sword of Doom—his 1966 adaptation of the popular Daibosatsu Toge story starring Tatsuya Nakadai—remains the most well-known abroad. But, unlike that particular title, Okamoto’s samurai swordplay films tended to focus on the political machinations of turbulent periods in Japanese history, colored by his cynical views on war, themselves informed by his experience as an enlisted soldier during World War II.

Samurai Assassin (1965) is no exception. Set in 1860—two years after the signing of the Treaty of Amity and Commerce between the US and Japan, which opened up trade between the two countries after a long period of Japanese isolation—it focuses on the political maneuverings of samurai loyalists who plot to kill Ii Naosuke, a high-ranking daimyo responsible for signing the controversial agreement. At the center of the film is Mifune’s character, Niiro Tsurichiyo, a destitute ronin and bastard child of nobility who aims to gain money, respect, and full samurai status through his involvement in the assassination.

Introduced, in wonderfully ironic fashion, plucking his nose hairs in a close-up accompanied by the film’s title card, Niiro appears as a gruffer version of the scruffy unnamed samurai Mifune made famous in Yojimbo (1961). But behind Niiro’s crude exterior is a history of personal misfortune, revealed through flashbacks: the unwanted child of an important noble and a geisha, Niiro is raised by a merchant who cannot reveal his father’s identity. His desire to marry the daughter of a nobleman is thwarted by his lack of status and ignorance of his lineage. Disavowing his martial training and his studies in a fit of rage, he takes to drinking sake (Mifune, among other skills, is great at playing a drunk) and finds himself on the bottom rung of society, plotting his redemption.

What unfolds is a tragedy of classic proportions: Niiro unwittingly destroys what he most desires in his crazed pursuit of restitution. Brilliantly shot in black-and-white ’Scope by Hiroshi Murai (Giants and Toys, The Temple of Wild Geese) and written by Shinobu Hashimoto (Rashomon, Throne of Blood, and Harakiri, to name a few), the film is layered with multiple ironies that reveal the hypocritical nature of the samurai code and the larger feudal system. It’s a perfect script for Okamoto, and something of an appetizer for the thoroughly nihilistic Sword of Doom (also shot by Murai and written by Hashimoto), released a year later. The latter film develops the idea put forth in Samurai Assassin that, in the words of the scholar Alexander Jacoby, “bushido values [are] used as a cover for individual psychopathy.” Both films feature an epic and unforgettable sword battle in the snow, with Mifune holding the center. 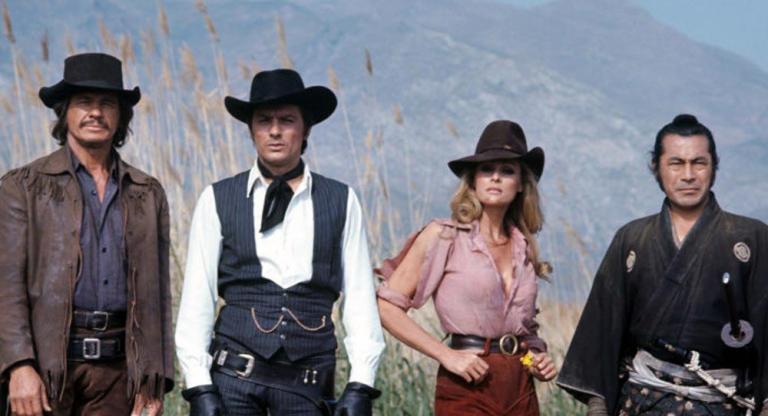 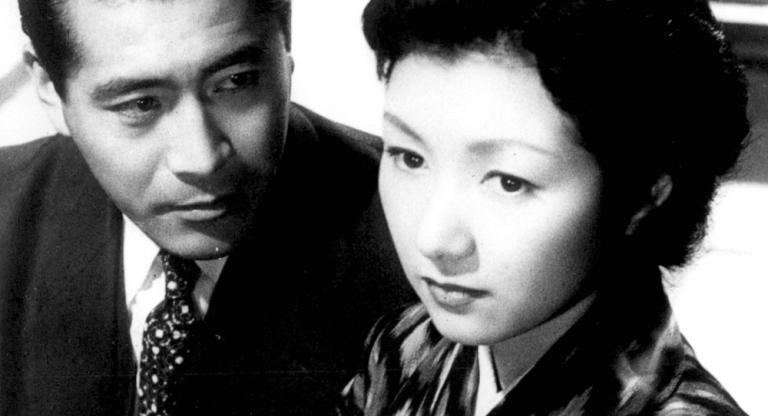 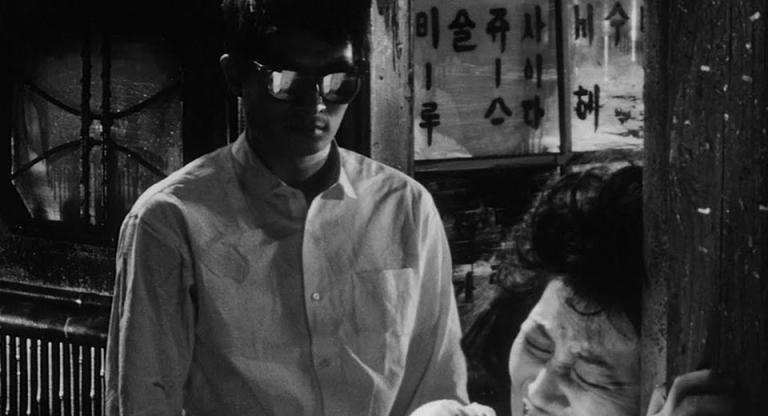