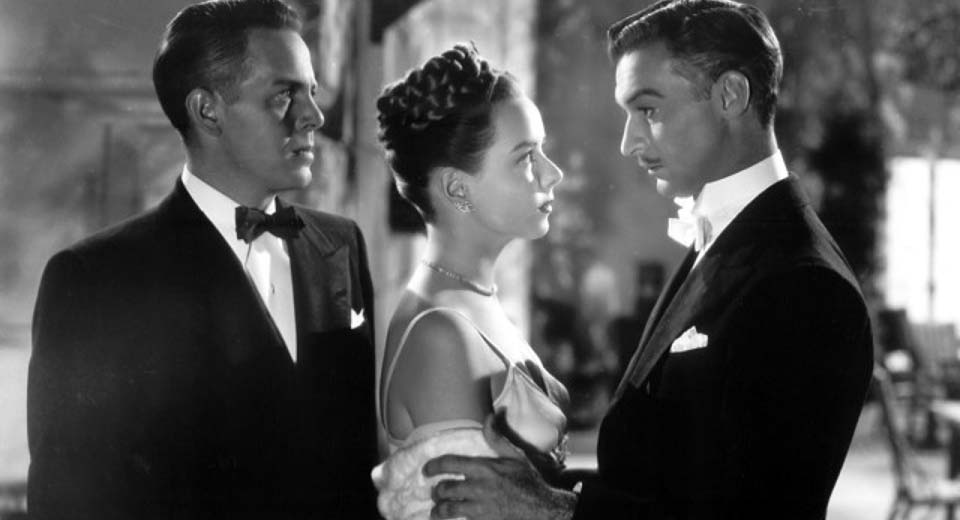 Horatio Alger’s “Ragged Dick” mythology is recast as a one-man history of pre-War American class struggle in Ruthless, a small picture with great sentiment directed by Edward G. Ulmer. Like another, better-known independent film about self-made mania, the wretched past of a successful businessman is autopsied here, revealing a sucking void of avarice where the rest of us normally keep cherished childhood memories and other people’s birthdays.

What drives a man? And what, more specifically, drives a man away from his brothers and into a gilded cage of his own making? Although we may never know the answer, Ulmer’s potent melodrama has a very fine hunch. If this film—and its many cousins—are to believed, the recipe is as follows: take two parts childhood trauma (in this case, a fallen debutante and her ne’er-do-well, saloon-keeper husband), a dash of good fortune (rescuing the daughter of a mining baron), and sprinkle liberally with heartache (the inevitable love triangle between wealthy childhood chum and schoolyard sweetheart). The resulting confection is glassy-eyed Horace Vendig, a sweet boy of no pedigree who learns, quickly, to protect his soft underbelly with a banker’s box.

Played to weasley perfection by Zachary Scott (you loved to hate him in Mildred Pierce!), Vendig cooly slices through a life unencumbered by messy, human hang-ups. From the lofty vista of his lavish estate, safe behind armies of footmen and wrought iron gates, Vendig wants for nothing, but his kingly solitude proves insufficient. The station he fought so hard to obtain has lost its lustre, and the only remedy is to liquidate his fortune and sail around the world on a yacht called The Faraway. Summoning bewildered shareholders and associates from far and wide, he offers the usual, optimistic bromides—references to a “peace foundation” are bandied about during a white-tie dinner—but cherchez la femme and you’ll find the true motive. There are some things in life that no man, Ragged Dick or Rockefeller, can ever hope to obtain.